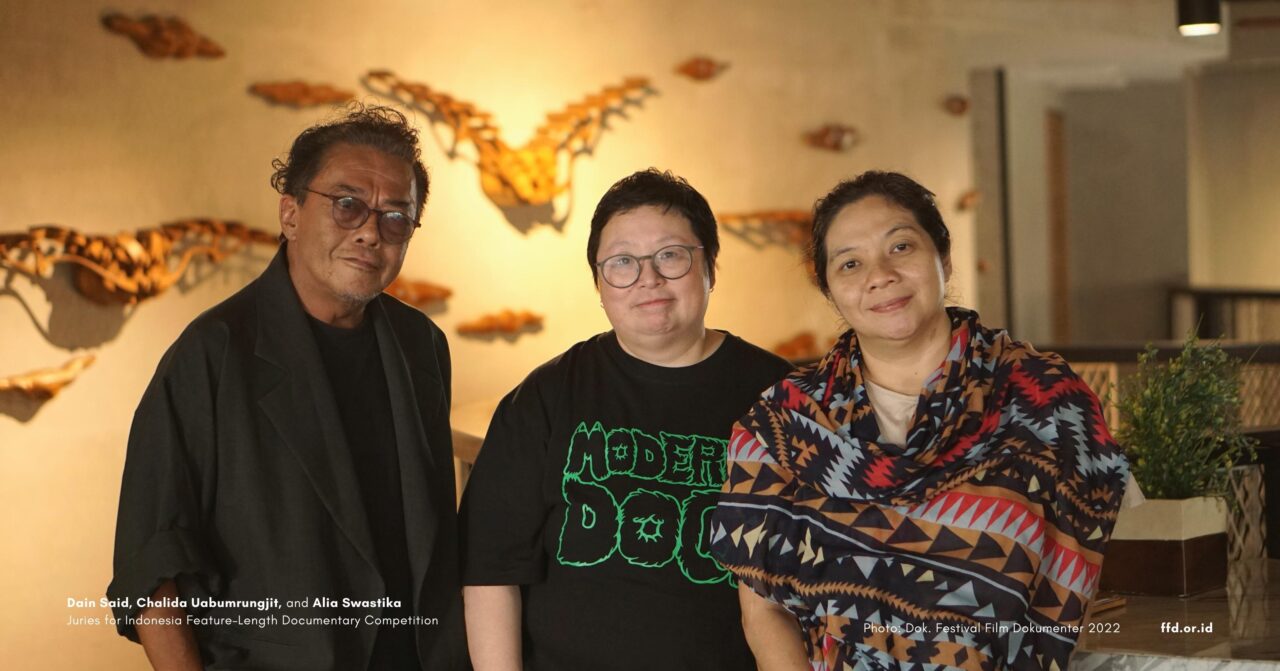 Yogyakarta, 19 November 2022 – We had a conversation with one of the judges of the Indonesia Feature-Length Documentary Competition, Dain Said. Interestingly, we spoke in three languages at once which were Indonesian, Malay, and English. Dain Said is an award-winning Malaysian writer, visual artist and filmmaker whose stories explore themes of memory, cultural hybridity and humanity. His directing career includes feature films, TV commercials, creative documentaries, and video installations that have been produced and screened internationally. The following is a summary of our chat with Dain regarding the process in choosing the best Indonesia Feature-Length Competition. 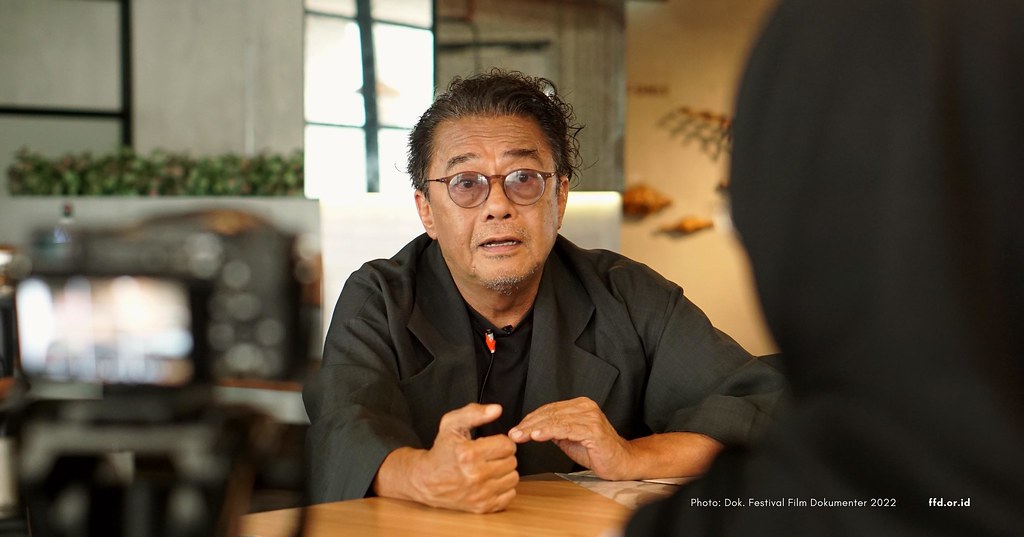 What kind of parameters did you use to score the films?

In many ways, there are no parameters today, if you look at the documentary films. But, also, I think we have to look in the context of Indonesia; Indonesia film documentary culture. Each filmmaker has their own different context, it is because they come from different regions. We have to take this thing into consideration. In each culture and region where the filmmakers come from, we need to take a look at how they do in processing the documentary. That’s the important one. Then, we can see the films that qualify which can satisfy us. Also, we need to take a look at their point of view in seeing the issue as well as the style of the filmmaker.

How did the juries get the winner?

It’s kind of hard, I believe. However, we should not compare one film to another film because one film might be their first film and another film might be their hundred. We never knew that the youngest might be the most stylish one. They got passion and intention for the issue, for the seek of the particular thing of the subject. This becomes extremely important. In this case, these films got them all; the issues, humanity, the voice of the people, the style of filmmaking is also a support.

Who the Winner is?

The winner of the film comes from director Moses Parlindungan O. This decision is reached because he told the film so well, he used the idea of the people’s language, the spoken words, as a kind of resistance; this is where we stand, this is my culture, I’m very proud, and importantly, no one in this film was a victim. So that’s beautifully made. The winner is Motherland Memories.

Is there any Special Mention?

It’s hard. There is a lot of talent in Indonesia, but in this case, it was so clear for us, it was such a beautifully told story. The director or filmmaker knew how to use storytelling; in voice, in language, and sometimes used silence, which is even more powerful. When you use that medium, no one understands it, and so it suggests timelessness, heritage, and it says, “you don’t understand our culture, but if you take the time, you will understand.”. So that we feel very beautiful.

If you take a look at Motherland Memories, it really stands out. I think this is a good example. I hope it can encourage other young filmmakers.

How important is FFD?

I hope it continues. But also it will continue to build and inspire other filmmakers to look at what FFD has done, is doing, and will be doing. It really is very inspiring to see the young filmmakers making films in their own voices about their own community and about their lives. And I think that’s very important.

What is the most important thing that the filmmaker must speak through their film?

I think they just have to speak as honestly as they can. Do a lot of work and research to get to the “heart” of what they want to say. Their heart is in the right place; and they believe in what they are saying; I think that’s extremely important.

And I see that here.