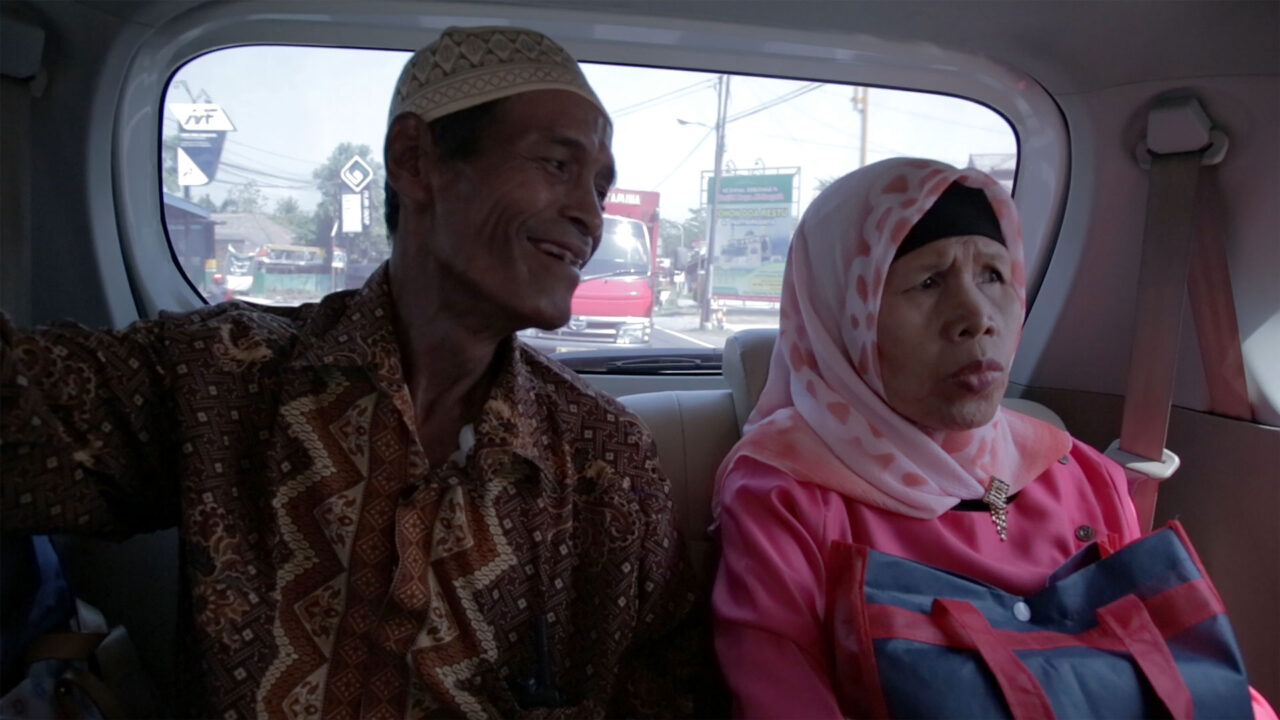 Aside from introducing a matchmaking forum in Yogyakarta, Golek Garwo (Wahyu Utami, 2020) tells the story of one of its participants: Basri. A 62-year-old worker who found his wife through the forum. With Golek Garwo, we follow Basri’s quest for romance at his sunset years.

Do you agree with the saying, “Life without love is as bland as food without salt”?

Some of you might find that unsalted food tastes just fine, while the others find it flat as if it’s missing something. The same goes for Basri in Wahyu Utami’s Golek Garwo (2020). The 62-year old bachelor lives by himself, and not seldom has his solitude urged him to find ‘the one’ to share his life with.

Jalaluddin Rumi says that love is the source of all creation; its power surrounds us, penetrates us, and binds all living things. Love is the essence of all lifeforms. So it’s no wonder that Basri looks for love into the golek garwo – a matchmaking forum facilitating those who are still alone and want to find a partner for free.

Through golek garwo, Basri had successfully won over Musiyem, a 56-year-old widow whose husband died in an accident. The couple decided to join a mass wedding on the Malioboro Road, Yogyakarta. The wedding preparation depicted in the film is fairly straightforward. Participants need only to register themselves by the postmark, attach a letter of their widow/widower status (if someone has been married before), as well as their introduction and motivation. In addition, golek garwo also offers honeymoon packages free of charge.

As mentioned before, Golek Garwo (2020) starts with Basri’s longing for a wife to accompany him and live together with him. But, after marrying Musiyem, Basri’s desire to live together does not match with reality. Both of them have to make a living to survive in their own villages, which are located quite far from each other. Basri also can’t ride the motorcycle. With this and other unfortunate circumstances in mind, they had decided to live separately and communicate each day through the phone.

The 30-minute film points out some concerning issues. It is revealed that Basri and Musiyem have not completed their elementary school. This indicates the inequality in Indonesia’s education system, especially in the couple’s era. Basri also faced social backlash, and his wedding preparations were being made fun of. As we all know, life is never free from social restraints.

This film may spark polarizing opinions about the Golek Garwo. On the one hand, this forum shows the desperation of its lonely participants. But then again, who wants to admit that they’re lonely without wanting to look pathetic anyway? Golek Garwo tries to fill the void of those whose souls are rotten and try to give new hopes in their hearts.