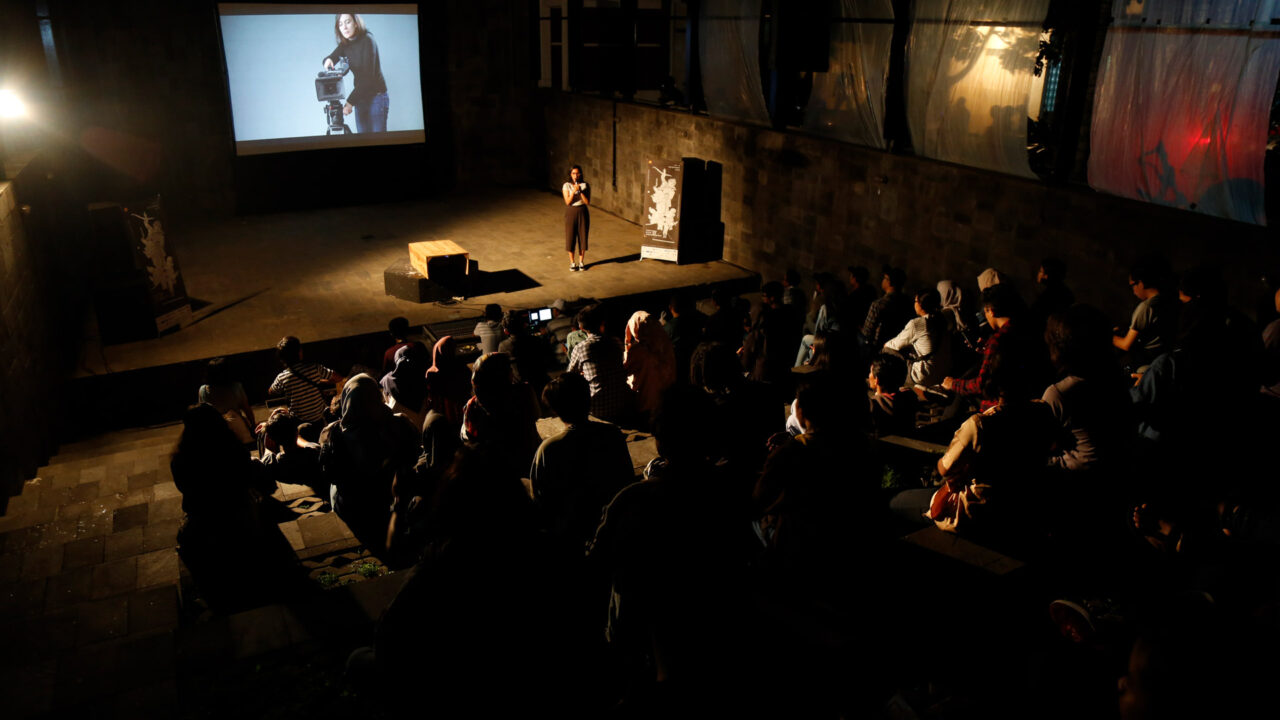 This program consisted of three different frames corresponding with the topics raised. In the first frame, the narrative told is the problems faced by refugees. The two films are The Shebabs of Yarmouk (2015) and 19 Days (2016) which try to view the turmoil in social-political conflicts in various parts of the world through the people evicted from their house.

The second frame presented films which discuss large scale history events in Indonesia through personal stories. The story of Hersri Setiawan, litterateur and writer of Memoar Pulau Buru, adapted in to film Angin Pantai Sanleko (2018). On his way to revisit Buru Island, he has to face the fact that many history proofs of what he had experienced had been intentionally erased. Hersri’s story must flow without any history proof.

Another film is Rising from Silence (2016) that captured the story of a group of elderly women that try to nurse bitter memories through choir. The process behind the making of album compilation Prison Songs: Nyanyian yang Dibungkam as the effort to archive history through dialog with the creator or people that were involved in the songs at Pekambingan-Denpasar prison adapted into the film Sekeping Kenangan (2018). And Nyanyian Akar Rumput (2018), a film that captures the daily life of musician Fajar Merah who has lost his father, Wiji Thukul.

While in the third frame, each film presented the relation between human and their land of birth. In Absent Without Leave (2016), the near but distant figure depicted as the starting point of the filmmaker’s hunt of the past and hidden things. In Holding Hands with Ilse (2017), the filmmaker tracked his beloved figure who was missing when their historical plot diverged. Meanwhile, Goodbye My Love, North Korea (2017) captured the unrequited love towards his land of birth, the dearest but hard to stay together.

Through the films selected, FFD believe that documentary and film have a significant role in evoking energy and become a counseling for the society related to the struggle for Human Rights. As a screening space, FFD also hope to be able to give opportunities for unspeakable aspirations which rarely heard, and further presenting reflective messages to the visitors.