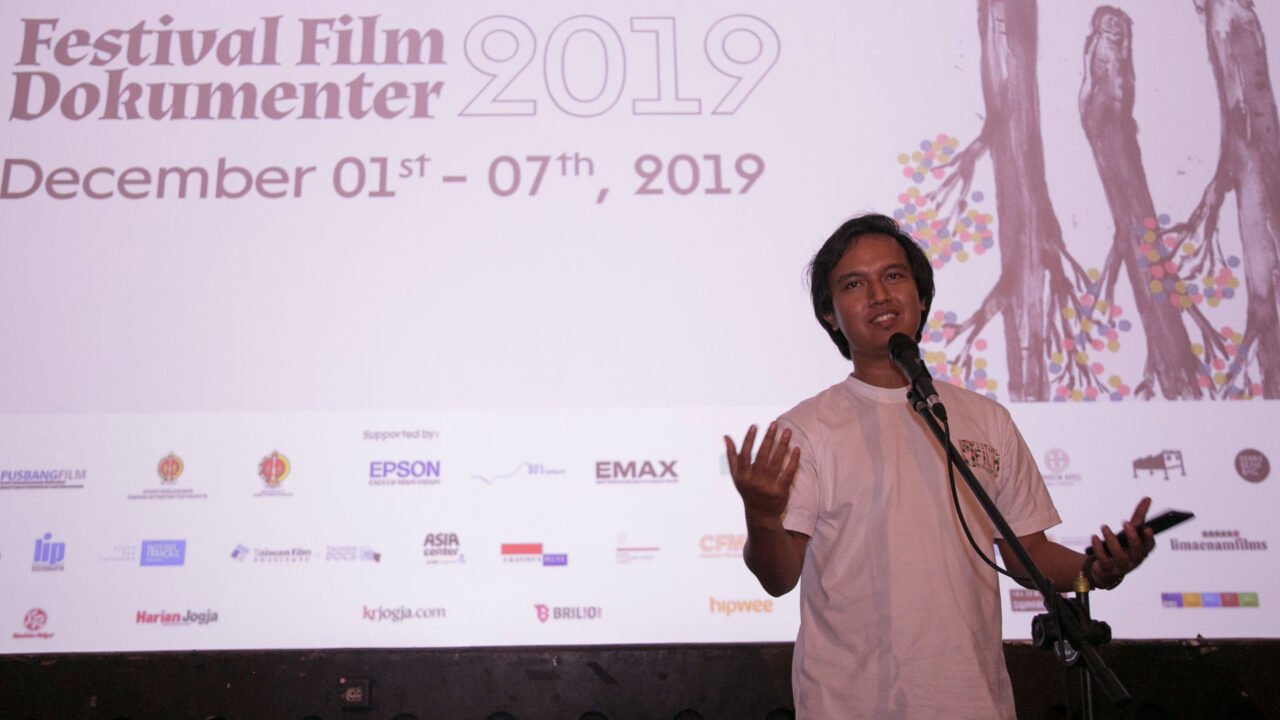 Festival Film Dokumenter (FFD) 2019 has officially ended on Desember 7th, 2019. The awarding and closing night became the last one of the series of events in FFD 2019, which had began since Sunday (December 1st). Taking place at Societet Militair, Taman Budaya Yogyakarta, the closing night also screened the winner of Student Documentary Competition after the winner announcement. 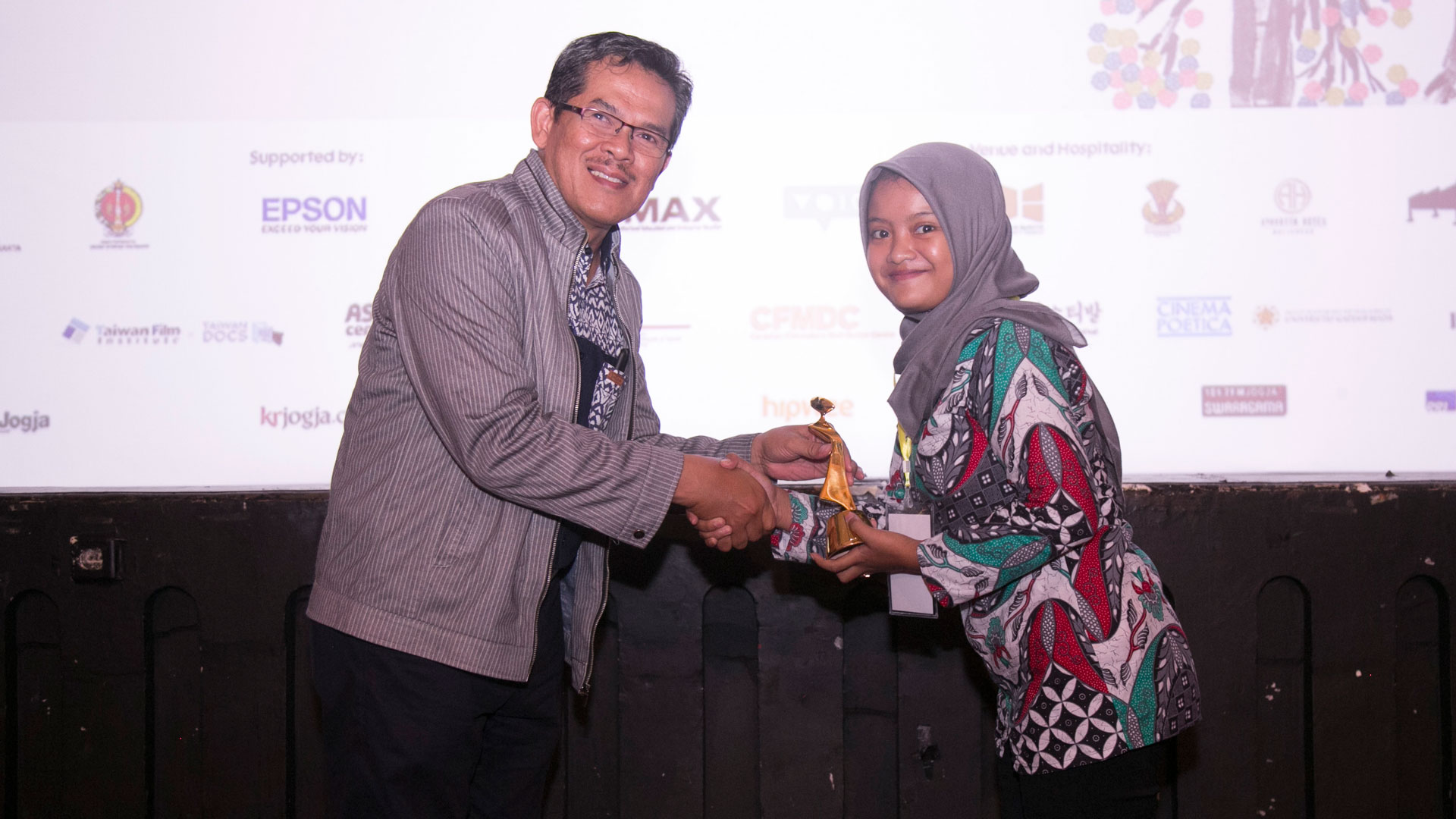 The Best Film of Student Documentary Competition is Tambang Pasir (Sekar Ayu Kinanti, 2019), as a film that speaks of facts, while still opening up room for dialogues and thoughts. Tambang Pasir also succeeds to show the filmmaker’s side in this conflict. The footage taken is rich in content and tells about different layers of social issues.

Besides, the jury also awards the Special Mention to Pasur (Pasar Sepur) (Sarah Salsabila Shafiyah, 2019) as a film that is brave in the making process and satisfactory in techniques. However, the jury believes that the way of the storytelling can be furthermore sharpened.

ST Kartono, one of the jury members of Student Documentary Competition delivered the notes of the participants’ works, “The films did not at all look like assignments from teachers; even we the jury almost forgot that we were watching documentaries made by students, due to their mature theme selection and technical execution.  The student participants were conscious in choosing the most effective communication medium in their works. Diary of Cattle (Lidia Afrilita & David Darmadi, 2019) was awarded the Best Film of Short Documentary Competition for delivering a bigger story through poetic images. It is a new form of Indonesian short documentary to ‘show not tell’, yet still contains a big picture on huge issues. The audience is invited to pay attention to the figures and not fully depend on oral narration.

With its novel way of storytelling, the juries agrees to award Special Mention to Cipto Rupo (Catur Panggih Raharjo, 2019), an inspiring film which delivers the struggle and the will to survive using images. The filmmaker is able to show small sentimental drama in details. 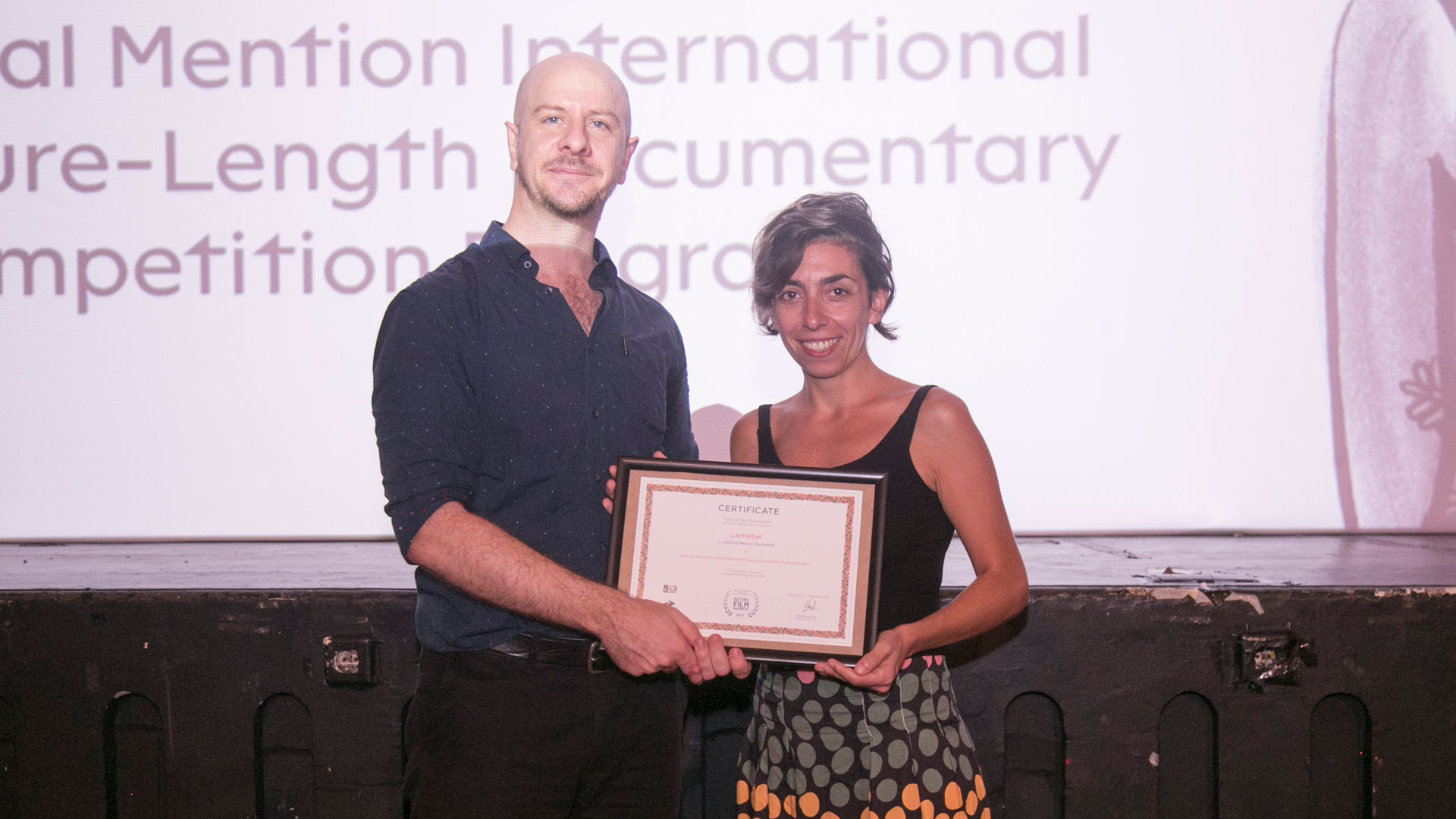 For its intimate approach that engages with the aftermath of war, The Future Cries Beneath Our Soil (Hang Pham Thu, 2018) was selected as the Best Film of International Feature-length Competition. It is a documentary that offers an uncompromising cinematic perspective. By turning the tables on how we remember the Vietnam War, we observe the lingering minutiae of a dislocated rural community dealing with the aftermath of war and its destruction of landscape. The Future Cries Beneath Our Soil not only depicts the scarred soil but also reveals the dislocated souls of a people.

In addition, the Jury gives a Special Mention to Lemebel (Joanna Reposi Garibaldi, 2019) for the creative use of archival footage, and the relatability of an artist’s life and his socio-political context. The film is a celebration of the artist Pedro Lemebel, and his bravery in confronting marginalization and discrimination. 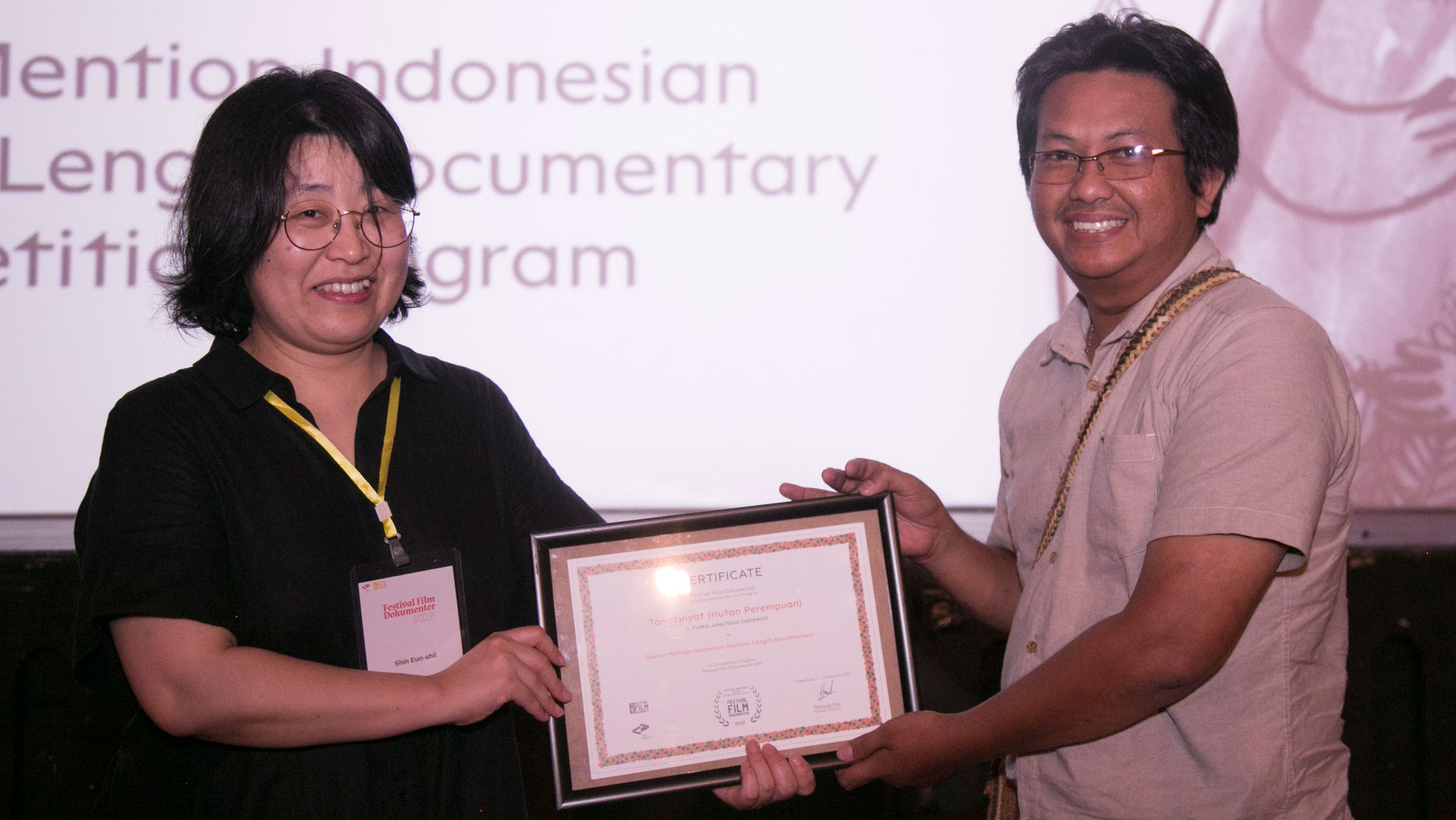 The Jury Board agrees to give a Special Mention to Tonotwiyat (Hutan Perempuan) (Yulika Anastasia Indrawati, 2019). Images of Papua in mainstream Indonesian media tend to focus on the tourism potentials or the political upheavals. The Jury Board would like to appreciate Yulika’s commendable efforts in changing this narrative and putting forward Papuan local wisdom and ways of living that is not widely known but very essential in facing the global climate crisis.

The awarding and closing night of FFD 2019 was officially closed by Henricus Pria, the Director of FFD 2019. Henricus noted that FFD had always been a space for learning and sharing that was safe, comfortable, and inclusive. “Through film, we exchange thoughts and knowledge, eliminating boundaries resulted from differences such as languages and backgrounds. The question is, do we stop to talk about these difference and go about our usual days after this celebration ends?” he added.