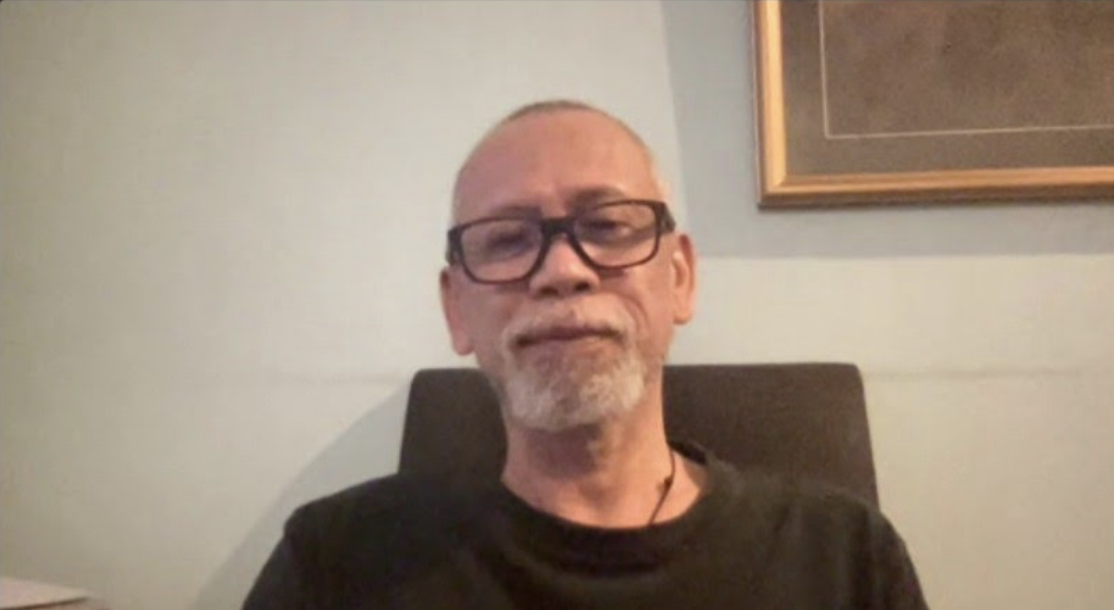 Since being held in 2002, the Documentary Film Festival (FFD) was initiated by a group of young people who discussed the condition and urgency of documentaries in Indonesia. As one of the oldest documentary film festivals, FFD has come a long way to be able to survive until now among film festivals in Indonesia and Asia.

This year, the FFD Team had the opportunity to record flashbacks of FFD’s initial journey through the statement of one of the founders of FFD, Nurbertus Nuranto. Nurbertus Nuranto, who is familiarly called Mas Nur, is the manager of the Tembi Rumah Budaya, which is also a witness where the first FFD was held.

FFD was founded in 2002 which was initiated by Mas Nur and his friends. What was the initial concern or idea that led to the establishment of FFD?

In the past, documentaries were always part of the film festival. It never stands alone and is always included in one of the categories in the film festival. Nurbertus Nuranto, Herlambang Yudho, and Ons Untoro’s concern (the people who initiated the FFD) derive from a question: why isn’t there a documentary festival that stands alone and is not a part of a film festival? On the one hand, people still did not understand the difference between documentary and documentation at that time. We want to know how to conceive back then. It’s because the documentary raises a way of thinking. The documentary has its own plot and purpose. The documentary is raised from the existing reality. The point is to take pictures and observe the way people think constructed in the form of films. Because in the past, many famous film directors departed from documentary work. One of them in Indonesia is Garin Nugroho. When making a documentary, maybe if you make a story, you can have many perspectives.

In addition, there is curiosity. At that time, Indonesia had just entered the reformation era; many people began to feel free to express their opinions. What if that opinion or thought is poured into a film, one of which is a documentary? Furthermore, what was known was perhaps only the type of propaganda documentaries or television features back then. From that small talk emerged the idea to hold a documentary festival with the main focus was film competitions.

Is there support from other parties in terms of funding or other forms of support? Why was it finally formed even though there were very few references to film festivals related to documentaries at that time?

Then We, Ons Untoro and I from Tembi Rumah Budaya, and Herlambang who were active at the UGM Student Center specifically the Photography Unit (UFO), started the festival with funding from us (Tembi Rumah Budaya) and volunteers from students. Initially, it can be said that the documentary film festival was a kind of joint activity with Tembi Rumah Budaya with UFO UGM. There is no financial support or other forms of support.

Although there are still few documentary-related film festival references, we run with all limitations. Because documentary festivals are only available overseas, we don’t know much about them. It can be said FFD activities just run like that. All of them have never had any experience of making a festival at all. So we just give it a shot. That is, this FFD is just trial and error. The first time the screening was in Tembi, and not many people came. At that time, I didn’t know where I was going, and the important thing was just to walk first. There used to be screening and judging competitions. But our focus is to see Indonesian documentaries.

Regarding the main program of the competition, how did the story start from the beginning? The mapping of people who produced documentaries was still small, and the potential that emerged had not been cultivated optimally at that time.

By focusing on the competition, we can see the map of the documentary films at that time, especially those in Yogyakarta. So it can be said that the Yogyakarta documentary film festival was happening at that time. However, naming it as the Festival Film Dokumenter, with the expectancy that on its journey everything can be widened. So the initial point of FFD’s journey was in Yogyakarta. And until now, it is in Yogyakarta, although the competition participants can come from everywhere, even from abroad.

The entries who send their films, that’s what being competed. All the time, we also change categories. There used to be a professional category. Then I thought, whether these people know the professional in question is someone who really strives in documentaries for a long time. After all, the number at that time was also not much. The quality is also far from what it is now. In the past, there were even wedding videos that entered the FFD competition. In fact, it’s documentation, not a documentary. The theme was close to everyday life, such as the environment, life, and others.

What were the obstacles faced at that time?

There are a lot of problems. There are survival difficulties, organizational difficulties as well. I used to think about holding the festival no more than twice because then the next person wouldn’t be able to learn anything new.

The main obstacle is organizing it as a festival because none of us have ever experienced organizing festivals. Meanwhile, it was entirely a volunteer model for UGM Photography Unit students who organized many activities on campus at that time. It can be said that this FFD was originally a student festival.

So, no one has experience making festivals. In other words, from me, learn from scratch. The finance source is only from Tembi. I haven’t thought of a way to find funding sources at that time.

Why did it end up holding on?

We ultimately learn from experience. There were many volunteers from the students involved who organized at that time. I also learn from them and other festivals. For example, if someone is invited to go abroad, we will see how it is organized elsewhere. Everything is learning by doing. It means that why this must still exist is a joint decision. Is this (FFD) relevant or not? Until finally able to initiate another documentary film festival, in the end, it also made many people interested in making documentary films. It’s about consistency. I also want to challenge myself. Who will continue this? And it turned out that there were Mbak Heni (Dwi Sujanti Nugraheni; Documentary Filmmaker & Screenwriter) and Mita (Mita Hapsari) who continued. Now even the people have changed again. If there is no consistency, it’s troublesome.

How is the development that Mas Nur sees from FFD? What needs to be appreciated and needs to be improved?

I see this as an extraordinary journey because those who are involved there have passion. If you don’t have a passion, you certainly can’t have a concern for documentary films. From the festival, you can watch a lot of films from anywhere. It’s a place to learn. We also learn to organize a festival. They have improved a lot from time to time. It’s different from before.

However, whatever the shortage is, it’s a common thing on a journey. FFD learned a lot from those shortcomings. In terms of organization, I also appreciate it because FFD is organized by people who are very active in the film industry, especially in the documentary film sector. FFD has grown to become a network estuary for many filmmakers both from within and outside the country. In other words, I really appreciate what FFD has achieved, in this case, the Documentary Film Forum.

I appreciate the development of FFD has really become a place for young people to learn to organize a festival, as a great place to socialize with film people. From there we can learn a lot. The further our journey goes, it starts to get neater and structured. So, it’s actually a long journey. From not knowing anything to being even better. From not being able to do it until being able to do it.

Over the years, FFD has always presented specific topics according to current conditions and problems. How does Mas Nur see about the change?

Concerning the change, I see that change is a necessity. It means that with changes in topics and others, FFD stays alive and progresses according to developments happening around us.

That means we are not stuck. We always follow and never stop. FFD, for me, is like that: dynamic, growing, and involves a lot of young people who eventually become involved in the film industry. When the film is shown, they learn a lot from there and practice right away.

How does Mas Nur perceive the current FFD?

Once again, I am happy with the development of the current FFD, although there may still be many shortcomings here and there. FFD is a network center that has an international network. And perhaps, now it has become a barometer for documentary festivals that have finally appeared everywhere.

FFD eventually grew more popularly known as the “ruang bertemu”. Based on internal research data in 2019, quite a lot of people come to FFD not to watch films but to hang out and network. What is Mas Nur’s opinion about that?

Of course, I am appreciative, happy, and grateful. Thanks to the consistency of its journey, FFD can become ruang bertemu (meeting room), and finally, whoever there feels like home. It’s like from a small point can grow and develop as a big circle.

I see what is important is consistency. Then adaptive to any conditions. This online screening is also due to circumstances. But as a community, FFD is still moving. I hope that it will continue because those who carry it out are also concerned about the problems in the documentary.

What does consistency mean?

Consistent with the development of the film world, towards those who are engaged in the documentary world. Because actually, FFD is the business of many people. I have not participated in organizing since 2014 or 2015. The audience is now different. The range is wider.

Finally, what is Mas Nur’s expectation for FFD?

I hope that FFD will consistently carry out its vision and mission. Stay adaptive to the existing situation and conditions so that it becomes better than the past. It adapts by being up to date but still maintains the vision and mission as the spirit.