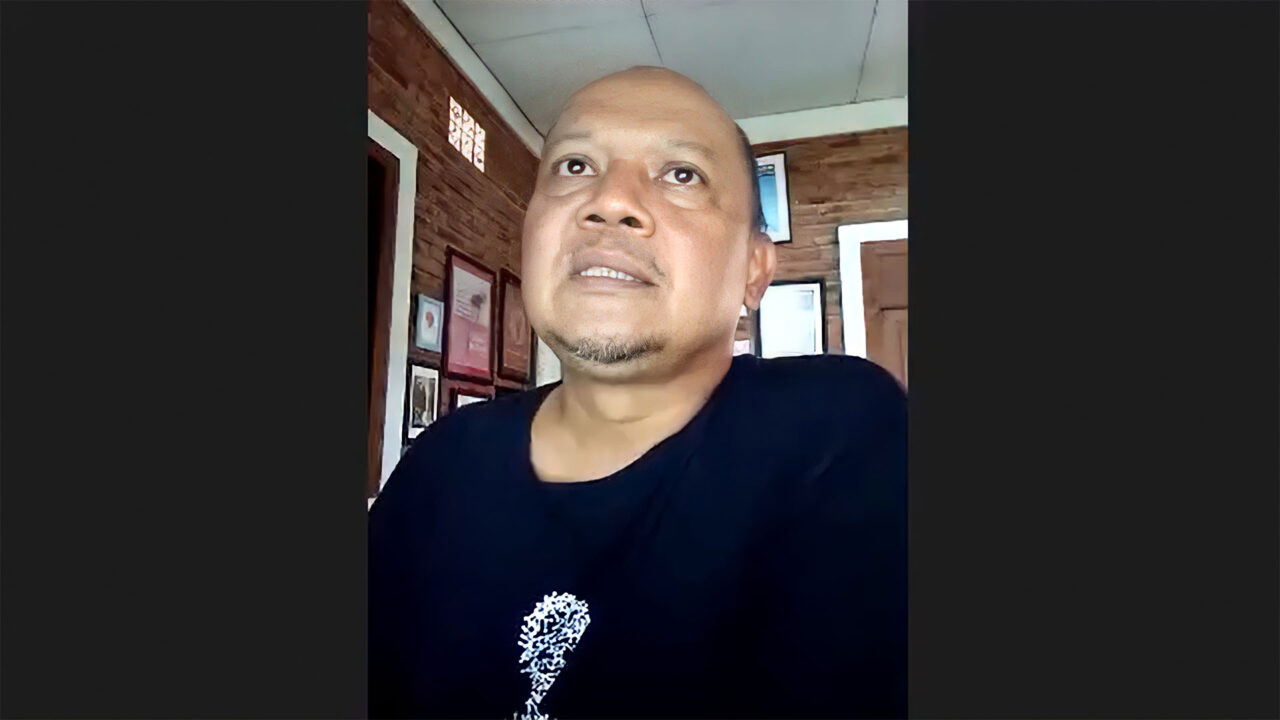 Tonny Trimarsanto is known as a director and documentary workshop facilitator. Ever since he is active in documentary, Tonny who is a graduate from Insititut Kesenian Jakarta (IKJ) has produced dozens of documentary films. He is the organizer of Rumah Dokumenter (Klaten, Indonesia), one of the most active documentary producer communities in Indonesia.

We got the chance to interview Tonny who was the speaker in the DocTalk program in the Documentary Heritage: Praktik Pencatatan Warisan Budaya dengan Medium Dokumenter session in FFD 2021. In this interview, Tonny explained the efforts that needed to be done to increase the production of students documentary, his responses as the winner of the first FFD, and the future of heritage documentary in Indonesia.

As the winner of the first FFD, what do you think about FFD that has reached its 20 years?

It was very interesting to observe FFD’s journey because I really know how it grows. Since its first, second, third, and the next year, it required a lot of energy. FFD was first held in Tembi, in the southern part of Yogyakarta, I experienced that. Friends with the same energy wanted to make a forum that is able to dialogue the creative achievements in the documentary industry.

In these two decades, I see the achievement of FFD is that it has succeeded in building a fairly strong brand. When we talk about documentaries, we will definitely run to FFD and Jogja. It contains documentary filmmakers with energy, perseverance, patience in a long process to be able to present an important forum in the growth of documentary films. After all, documentary filmmakers do not only produce documentary films, but also have to measure how the work has creative cruising to its audience. This means that FFD has contributed significantly in building and creating a documentary film productivity ecosystem. When I got the award in the first FFD, I was still reading whether the FFD will continue? It turned out to be, and the dream becomes even more extraordinary to this day. FFD already has a brand, already has a fingerprint. Festival fingerprints are very specific and have an important role in the big map of documentary films in Indonesia. The big map of documentaries in Southeast Asia too, even at the Asian level. 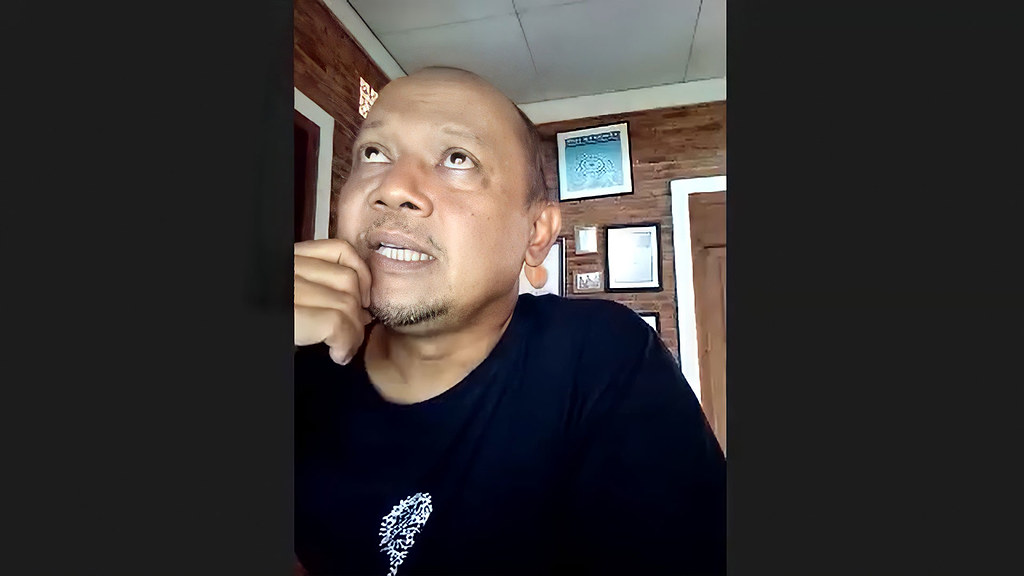 You are the founder of the Rumah Dokumenter production & filmmaker community which has grown into a production/production training community that is in great demand by students (SMK/equivalent). As far as your experienced, what ideas are often raised by students in documentary film production?

We’re probably a fairly democratic community, meaningthat we give space for growth. Space for growth means if you want to grow, then let’s go, if not, go ahead. When friends come to Rumah Dokumenter; Be it vocational, high school, college students or the general public who want to study documentary films, we welcome them with pleasure. The only prerequisite was that they had to have their own ideas when they came here. Means that they come up with an idea, then they go home with a film. That’s the concept we developed.

For mapping students or students who are interns here, the readings are on issues that are inherent in their world. We suggest looking for ideas close at hand, not far away. There’s no need for students to talk about grandiose things, big things; quite a simple issue. If we are able to have a different perspective on it, it will be an extraordinary issue.

In recent years, student documentary submissions at FFD have decreased (even despite the pandemic). It also turned out to be experienced by other festivals that have a concern for student film appreciation in Indonesia. How do you see this?

So far, student film production, if I see FFD’s journey, is only in certain parts. This means that when the community movement is not intense, it will certainly result in a decrease in the number of productivity. It’s actually a pattern that has been observed.

The first point is that the number of communities that accompany the production of documentaries may no longer be optimal, I don’t know what the factors are. But from the other side, maybe they have a different focus or students are now more interested in issues that they can pack in short fiction films. Many formal schools do not yet have standard guidelines for documentary film production. Either from the support of the teacher or the curriculum system that has not run optimally, if the output is about productivity. 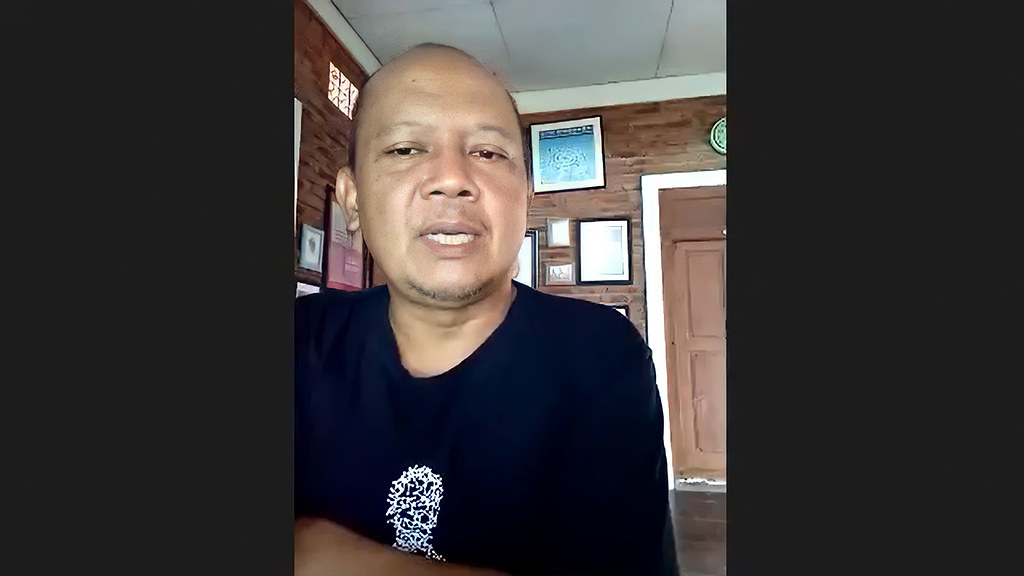 Looking at the variety of themes from the recent Indonesian student documentaries, do the variations continue to increase?

I think the variation is increasing because the reading levels of students are getting more diverse here. Especially on the issues that develop around it, it becomes important to note. For example, fellow students have made films about politics, the environment, inspiring subjects in their environment; this becomes important in addition to works that are personal.

Readings on issues at the student level are also increasing. That is, the restlessness and desire to grow is presence, it only need efforts for assistance. Now, this mentoring process must be managed continuously.

What efforts can be made to increase the production of student documentaries?

When it comes to strategy, of course it is related to the existing human resources in each school. Not every SMA/SMK has the effort that there must be an audiovisual creation with a certain standard. For example, many SMKs have documentary films, but when they are sent to FFD the qualification standards are not included. Maybe that’s what often happens.

Or on the other hand, teachers don’t have enough concer n about how students’ work can have a wider creative range to the festival. Now there are so many festivals, especially for students at FFD for example. If we talk more specifically, there is also the Yogyakarta Student Film Festival. Therein lies the problem that I often observe, that it is necessary to form the teacher’s perspective on film production. Do not just continue to accompany the students, but the driving factor is also necessary. Not only students who must be brought closer to the way and practice of how to make documentary work, but also the teachers. If the student is told to study but the teacher doesn’t know anything, then it doesn’t work. Not only managing students, but also curriculum design and the efforts of each teacher.

What is the future of Documentary Heritage in Indonesia? Because not all individuals realize the importance of recording cultural heritage?

If I see it, without us needing to talk about whether film A has a heritage element or not, filmmakers have already done that. This means that the events that you have recorded and then noted and conveyed into a story finally reach the eyes of the audience, it is already a heritage. The slices are there and visible, just not that specific. Filmmakers did not make textbook films. In the film, it is not directly stated that this is an object, this is intangible, there is value in it, and so on. Although not specific, the filmmaker has actually spoken about it, but in an even bigger area. There is a problem in a society with its traditions. Now, an effort like this is actually more complete (in describing heritage) actually. 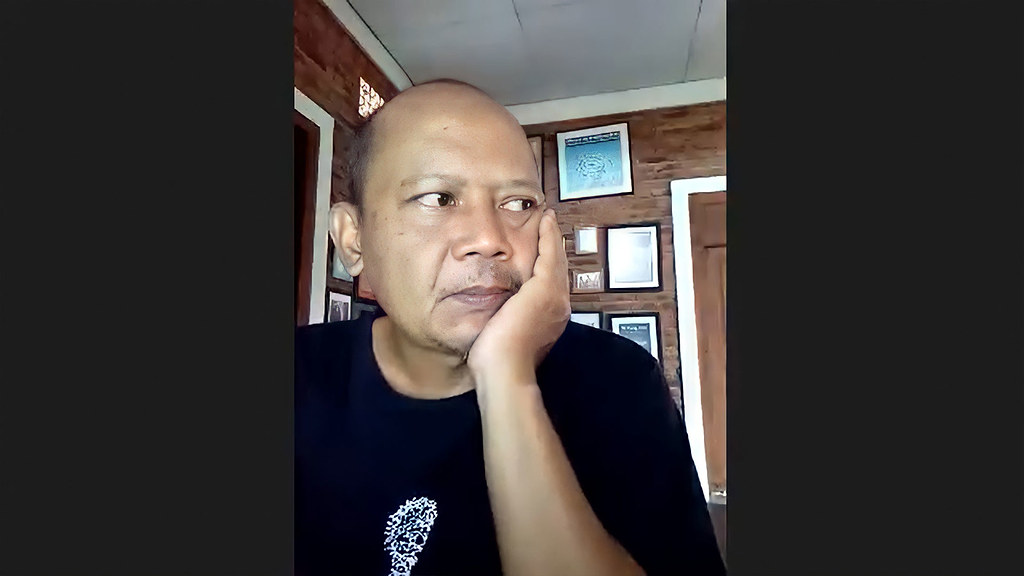 Does the general public need to know the importance of recording cultural heritage? Because indirectly the heritage elements are obtained from the community.

Actually, if we talk about duties, it’s not the community’s job, it’s the state’s job. How the country can systemically protect and manage assets, both in the form of values and objects. So indeed it is the responsibility of the state, but the problem is how to involve the community in the practice area. Of course it takes the long term, it takes socialization to education about what things must be maintained. After all, in fact, documentary filmmakers have assisted in the work of recording cultural heritage through the works they produce without having to get an order from the state.

How is your experience with FFD being held online today?

I see that everything has to be forced into the new system. That the space of appreciation has changed, from what used to be physical is now non-physical, it requires an adaptation process. It may be full of surprises at first when we watch movies online, but of course this is also a lesson for friends who work in this FFD organization system.

On the one hand, you have rich experience in carrying out offline festivals, but in a short time you are forced to learn to manage online festivals. When these two experiences are combined it will be an extraordinary strategy, it turns out that online and offline can be done together. When it’s still offline, it’s a little out of reach. Comparing to the reach of an online festival that can go anywhere. For example, in my class (DocTalk: Documentary Heritage) someone whatsapped me from Maluku and took the class. Its cruising range is getting further, but its warmth is becoming non-existent. That is, every transition process has consequences; something is missing but a new value appears and is found.