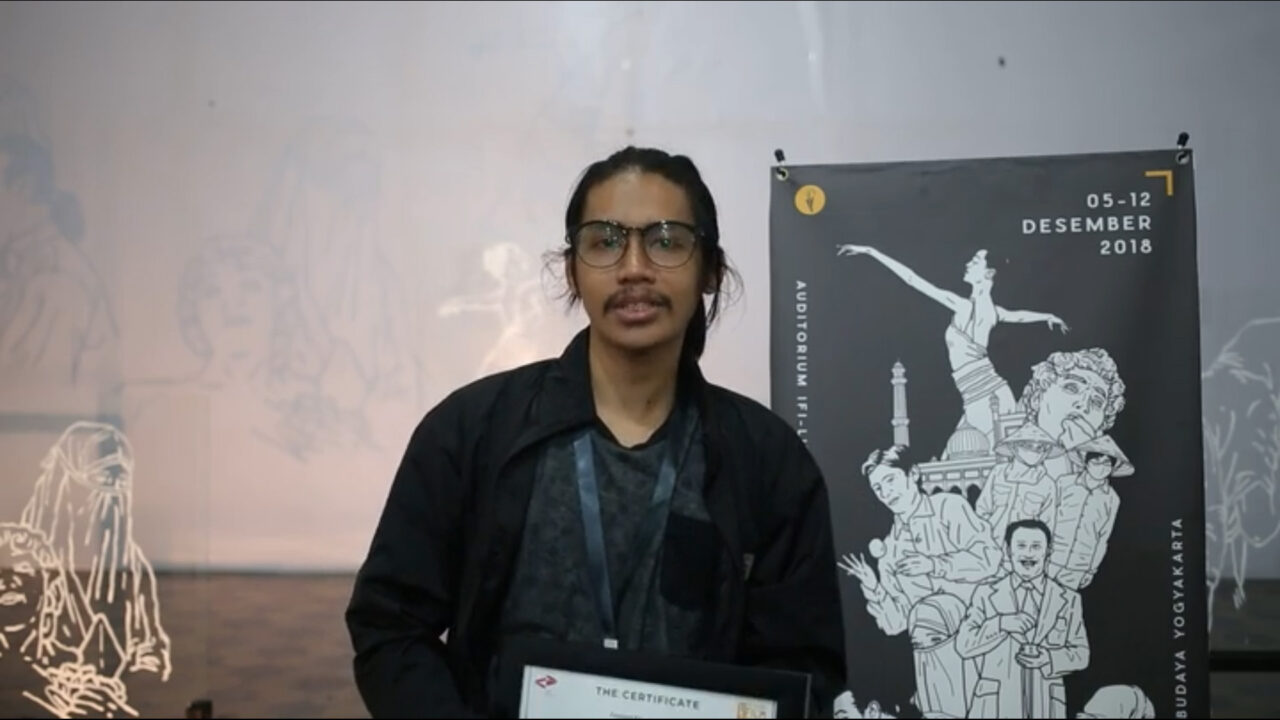 Interview with M. Haikal, Editor of The Nameless Boy

After the Awarding and Closing Night of FFD 2018 last December 12th, FFD team had the opportunity to chat with Muhammad Haikal, editor of film The Nameless Boy (2018) which granted Special Mention Jury Award FFD 2018 in the category Short Documentary.

This year, the juries of Short Documentary FFD decided to not give the main award in the related category to any films. The following is our conversation with Haikal regarding the juries’ statement and the unique experiences of The Nameless Boy.

Congratulations on the chosen of The Nameless Boy as the awardee of Special Mention Jury Award at Festival Film Dokumenter 2018 for Short Documentary.

During the announcement, it was mentioned that there were no finalists in this year’s category Short Documentary that stood out. The film The Nameless Boy itself was chosen as the awardee of Special Mention Jury Award because of its form and issue execution which considered interesting, although it could be executed further. How is your opinion regarding it?

This condition is indeed a pity, including for the film The Nameless Boy itself. If it is to be executed once again, we could (do it). But it was our own decision to bring it like this, especially the director (Diego Barata). For him, this was enough.

This movie brought the issue of religion and its commotion in 2017, which also related to the political turbulence in Jakarta at that time. Why did you choose to involve children as the main subjects in the film?

Some demonstration discovered by Diego (director), not only about religion, it was also participated by children. They were invited by their older siblings or parents to join the demonstration in order to be given food or money. Just that. And it became Diego’s anxiety, because unconsciously it will become a continuous cycle.

These involved children would ask others to come and plunge into things they don’t know and not supposed to listen to, such as the hate speech in this film. Later, when they grew up, or even at that time, these kids will invite other kids to keep coming to demonstrations and listen to hate speech just for food and money. Of course, this was not worth it.

And usually, what happened in the field and what was reported in the news is different. This condition will make the children confused. (This confusion) will lead into something prolonged and affect both directly or indirectly to their life; sooner or later.

The involvement of children in this film is indeed interesting. Is there any plan for you to screen this film specially to the children?

What about other parties involved in the demonstration?

Of course not. We’re also afraid. Firstly, this issue is still hot. We had also been “sought” by someone. Diego had been called by someone and was threatened. That was even happened when the film was just done. We were still submitting the film to some festivals; our film had never been screened publicly. We just submitted our film, yet we already experienced (things like) that.

However, if the situation has calmed down, we might do it.

Lastly, how is your opinion regarding FFD this year and its position as the exhibition which also screened films and presented particular discussions in the society?

It’s good. Because many festivals didn’t have the guts to present sensitive issues. Not all festivals agreed to screen The Nameless Boy (which presented a particular issue). In Singapore, for instance, this film had been considered to not pass the censorship criteria. We don’t really understand the reason, but it might be because the issue carried was too explicit or something.