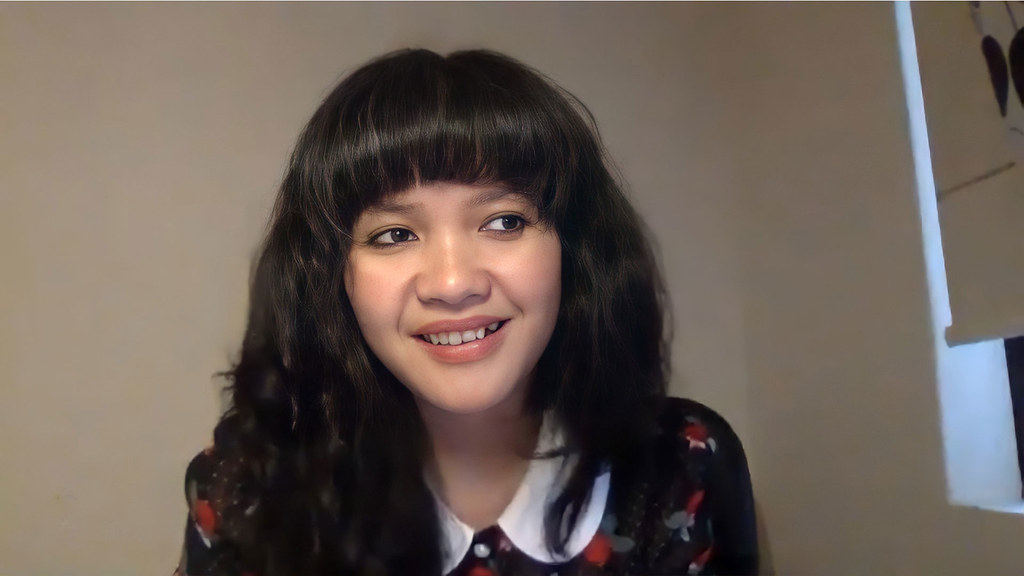 Intan Paramaditha: Documentary is Something Worth Looking After

On December 11, 2020, the Festival Film Dokumenter (FFD) had the opportunity to interview Intan Paramaditha, an Indonesian writer and academic involved as a judge of the Kompetisi Panjang Indonesia FFD 2020.  Through 6 short questions, Intan Paramaditha provided answers that can expand insights in the field of film, especially documentaries. Here are the results of our interview with the judges of the Kompetisi Panjang Indonesia FFD 2020:

Film is a field that Kak Intan learn, and this is proven by the education that Kak Intan took for Ph.D., namely Cinema Studies at New York University (NYU).  How does Kak Intan see the condition of the film in Indonesia, especially documentaries?

It just so happens that my dissertation departs from cinema as a social movement. The original critic was cinema, but also focused on how citizens formed a movement after reforms, especially in the field of cultural arts. Well, if we look at the cultural arts after the reformation, it changed greatly by the experimental scenario – how it was encouraged or inspired to continue to conduct an experiment, and new initiatives with the community. It brought a sense of newness that at the time was driven by 1998. The tragedy of ’98 gave rise to a kind of ’empty’ feeling that bring up to independent initiatives ranging from Kuldesak (1998) that refused to follow the bureaucratic logic of the new order. It gave arise to communities, a film festival that brings a sense of novelty.

Experimental scenarios have also been applied until now, many people are experimenting by forming new communities, new websites to appreciate movies. I think it was greatly influenced by the fall of Soeharto in 1998 which encouraged people to make something in the field of art and culture. This climate affects a lot of independent productions in Indonesian films that are supported also by the development of digital technology: the unity between digital technology and the political climate.

In addition to enjoying the films that appear in theaters, we can also enjoy films which spirit is indie such as films in FFD and other festivals accompanied by new issues as well. So, I think the development of the film over the last two decades is very rampant and diverse. I also see that the role of women is very prominent. Women open space, facilitate space so that others can continue to work. Like In-docs which was founded by women. If there used to be only four women in documentaries, now we can see more. It is because of the spaces formed by the woman herself. Currently, as a judge for Kompetisi Panjang Indonesia, there is Chonie Prysilia’s work entitled k0s0ng (2020) whose film is possible to finish because it gets special funding for women from Cipta Media Ekspresi.

That’s about the kind of positive development I’ve seen in the last 20 years.

How does Kak Intan feel after seeing the Kompetisi Panjang Indonesia? What’s interesting? What character does it have?

All of them process the issue of social justice interestingly. Some focus on migrant workers, some focus on women’s reproductive rights – particularly on the stigma that society gives related to ‘having children’, then the latter focuses on collective effort in one village to make a change. So, everything shows agency in society. I follow the criteria given by the committee, namely the development of ideas, research, and how to speak or narrative. I try to look at these movies within those criteria. The degree of each film is different, some are very interesting topics but narratively not too consistent. There are also interesting topics but still, it needs to do more in-depth research. There’s a difference in execution. But for sure these three films have important value because I see their efforts to show the agency of the community. They are trying to show the ability of the community to cooperate not in a collective way.

Although in terms of execution the degrees may vary, I really appreciate their effort. I think it’s worth noting that there’s interesting experimentation. For example, k0s0ng (2020), it uses animation media as a way of speaking in documentaries. Then Help Is on The Way (2020), the audience is invited to see the subject of migrant workers not as victims as is usually represented in the media. The film comes out of the stereotype of melodrama commonly imposed in representations of migrant workers. However, at the same time, it also greatly shows how women live the patriarchal structure and experience oppression as well, although the film itself does not focus on suffering and tears. So, I think such unique experimentation is noteworthy. 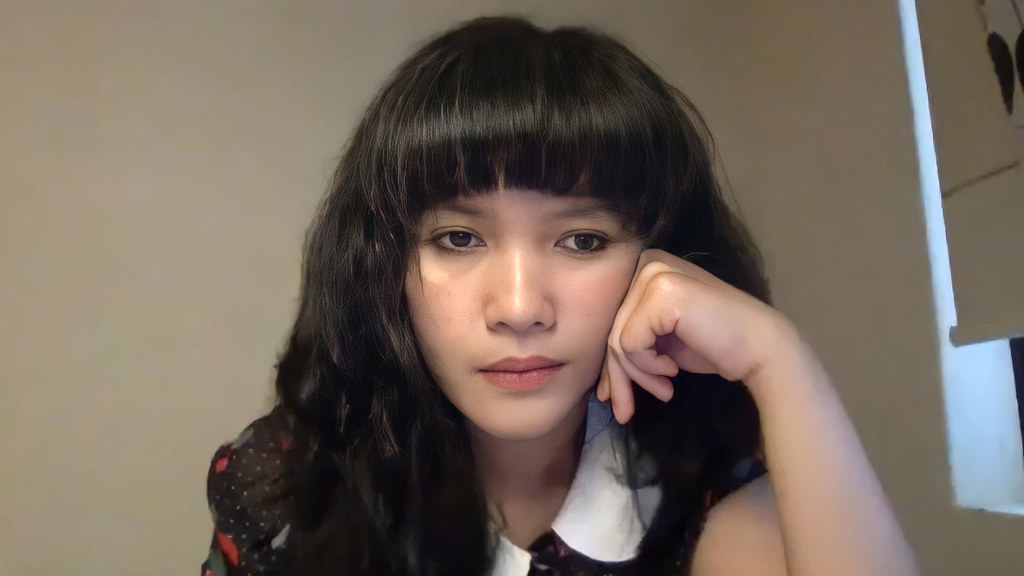 According to Kak Intan, what things affect the audience’s interest in documentaries?

I think it is easier to think ‘why aren’t the audience interested in watching documentaries?’  Hahaha…

If it’s about the audience’s interest, I can’t say much. Personally, I think the documentary is a sector that should be treated because it is a place where the idea of social justice is conveyed. So, for me the documentary has enormous political potential. I think the FFD audience feels the same way.

The documentary is the real reality. Documentaries photograph reality and then construct and frame it for the audience. So, we need a more in-depth discussion of how that reality is framed in the documentation. I think that’s what FFD, which has lasted 20 years, does with its audience and that’s a very good thing.

Other than films, Kak Intan also pursue the literary world with works inspired by horror, myth, and fairy tales, it also often appears as an early idea for the development of fiction and non-fiction film stories in Indonesia. How do you see this tendency?

Actually, the inspiration in both fiction and documentary films is diverse. There are horrors, myths, and fairy tales, just like literature. I think, what is more important to be explored is learning from each other across mediums. As a literary writer, I also learned a lot from the medium of film. For example, in the aspect of filmmaking techniques, we must be consistent and focused to follow the point of view of one character. So does literature.

So, many techniques can be applied to exchange and learn from each other across mediums. But unfortunately, there are still many filmmakers who do not read, then many literary writers watch but only Netflix. So maybe not many literary writers know that this month’s FFD is being held and it can bring new exposure for them. So, I hope for more common ground and more dialogue between actors in different fields; be it academics, critics, filmmakers, writers, and so on. 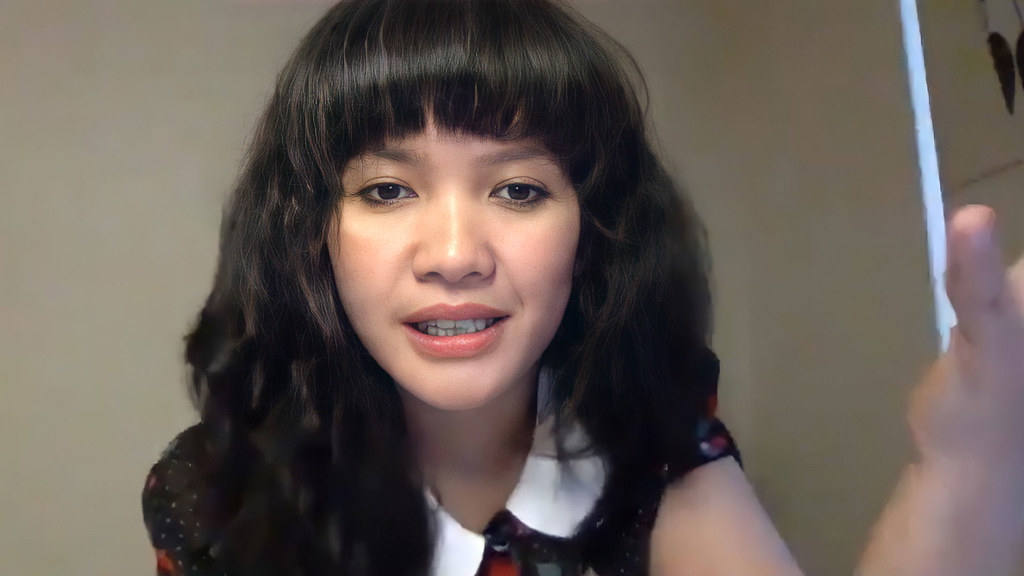 Indonesia has many international festivals, ranging from literature to films. What does Kak Intan hope to gain from this initiative? What’s been good? What needs to be developed to make it better?

Festivals have a lot of functions. The first is showcasing or displaying the work. In this era, we have more festivals in Indonesia than in the previous era – New Order for example. In the field of film, there is FFD, then in the field of literature, there is Ubud Writers Festival and Makassar International Writers Festival. It is very good as a place to display the work. However, what must be emphasized is whose work will be displayed.

For me, the festival should be a place to provide a platform for artists who have not been too noticed by the public. In addition to showcasing, a festival is also an exchange event. So, by coming to the festival, the filmmaker who is just starting his work or the writer who just wrote one or two works will see that other friends are already more experienced. From there those who are new can exchange ideas and so on.

So, the function of the festival is important for new artists to strengthen their communities. I see that the showcasing function and the exchange of ideas have taken place in festivals in Indonesia. But what still needs to be noted by the festival organizers is the issue of justice. Whether it’s fairness in terms of geographical background, gender, or class. In the field of literature, I see there are still festivals that invite the same writers, it shows that we have the authority to choose which ones perform and which don’t. So, we must be careful and appeal to diversity and equity in the implementation of the festival.

This year, many festivals stop or even turn online. As far as Kak Intan feels, is the online scheme for art festivals (especially films) sustainable? Then, from the experience in FFD, what is already good and still needs to be developed?

So, what I’m talking about about the exchange of ideas in the festival before was limited to an online format. We can not meet physically, if the festival is usually a public discussion, it cannot be done in the pandemic period. I don’t see online festivals as obstacles or anything less because the pandemic period is indeed a time of lack. What I see is persistence. This is also my comment for this year’s FFD. So, what I see is not a lack but rather a spirit of persistence to continue to exist. FFD has a very long life and managed to survive in the corona period even in an online format – which with limited public interaction.

Sustainability is a very important value. The spirit to survive it from yourself may be an inspiration to others. In addition, the online format actually has its own plus points. With the online format, we can invite people who are usually difficult to attend under normal circumstances.  I was asked to be a judge at the FFD for several times, but it was always a no and only this year I am finally able to be the judge because the festival is held online. This should be used as an advantage amid all these shortcomings.