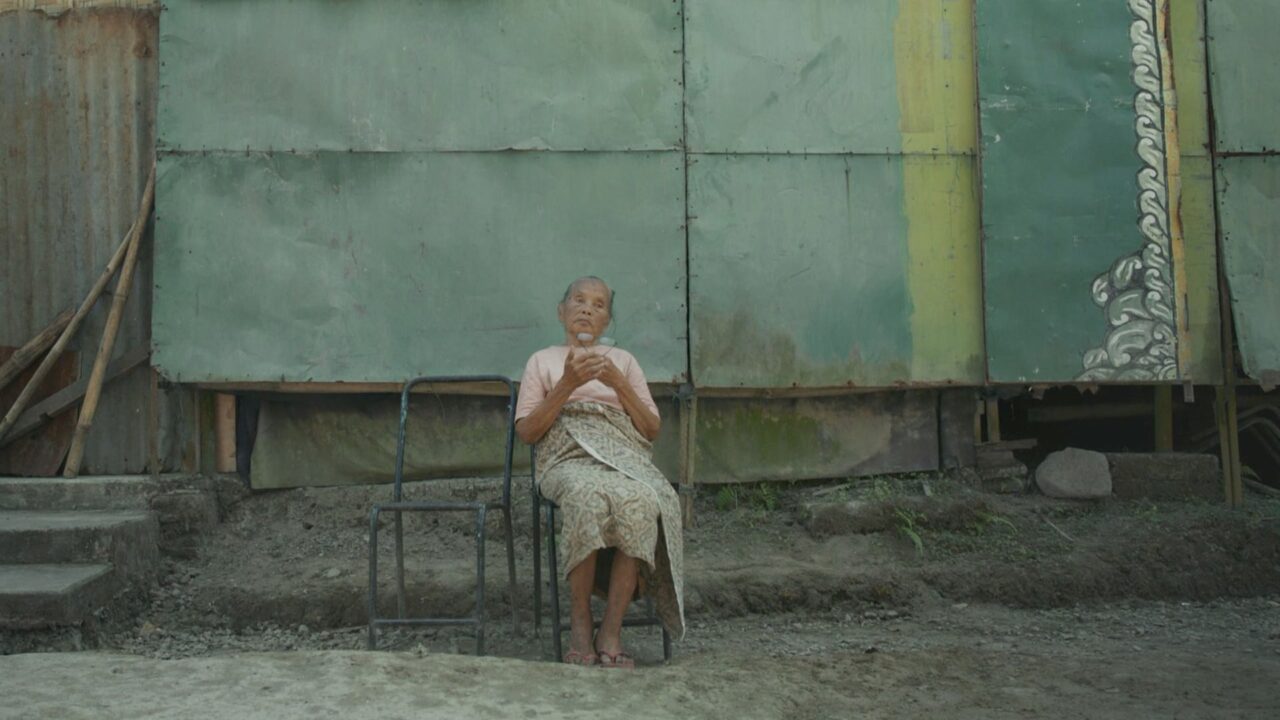 Mbah Kancil (2020): Waiting for The King of Terrors

Simple yet so touching. That is the best description to picture Mbah Kancil (Ismail Basbeth, 2020), who beautifully packs the piece of her life story as a former dancer. In eight minutes, this film focuses on Mbah Kancil telling about her youth during her time in the world of performing arts. Mbah Kancil, an 80-year-old woman, shared the story of her journey while they were on stage in Jakarta with the Dagelan Pete group in the 1960s.

Then, what makes it so touching?

As the title mentioned, starting from the beginning until the end of the film, Mbah Kancil (2020) only shows the figure of Mbah Kancil, who narrates the story of her life in Javanese. Mbah Kancil, a former art performer, retells about her youth as a dancer and a comedian in which she uses it as a reflection of life and as a fulfillment of her last desire. Besides, this tough woman proudly illustrates that her husband is also a comedian who is always greeted joyfully by the audience every time he comes on stage.

Mbah Kancil says that she was often invited to perform in Senayan, Jakarta, together with Dagelan Pete. Some envelopes filled with money, various kinds of gifts, and some cheek kissing from the audiences are the rituals to appreciate this dancer from Malang, East Java when she has just finished her show. Mbah Kancil says that because of those cheek kissing; it makes her cheeks flat.

She also recalls the excitement when exploring the Blok M area in Jakarta with Dagelan Pete group. Sadly, every member of Dagelan Pete group has passed away which is the reason why the anxiety of Mbah Kancil. She feels that he is way too old to be living. Dagelan Pete, your name lives on!

The elderly should live their life happily and peacefully without thinking about bearing the burden. However, some of them believe that being elderly creates fear and anxiety that makes them more stressed. Those who got left by their spouse or their close friend and their family show less happiness and tend to no longer enjoy their life.

This film emphasizes how Mbah Kancil is waiting for the King of Terrors because of her loneliness, she is on edge. She gets more anxious since her closest people have gone the way of all flesh. It is seen through the sindhenan at the end of the film sung by Mbah Kancil in which the last line of the song is “aku ngalamun sesok aku mati”, meaning that she was daydreaming that tomorrow she would bite the dust. What a sorrow.

How honesty and purity are depicted by Mbah Kancil in telling the story, this film is able to relive her unforgettable story built with Dagelan Pete as well as her desire in her old age which leads the audience to sense Mbah Kancil’s true feeling. Apart from the story that comes from Mbah Kancil’s mind, the sincerity in this film is also shown by the shabby clothes worn by Mbah Kancil also from the properties that are used which are made of zinc and rattan.

Ismail Basbeth is truly all-out while doing her work; every detail is well planned, which perfectly conveys to touch the audience’s heart. A number of her works have been successfully nominated in various film festivals: Shelter (2011), Ritual (2012), 400 Words (2013), and many more. However, what makes Mbah Kancil (2020) different from the others is this film presents a touching story of an elderly dancer as the main character remarkably played by herself.

Mbah Kancil has admirably wrapped a tough dancer’s life story in a simple, real, clear, yet so touching.