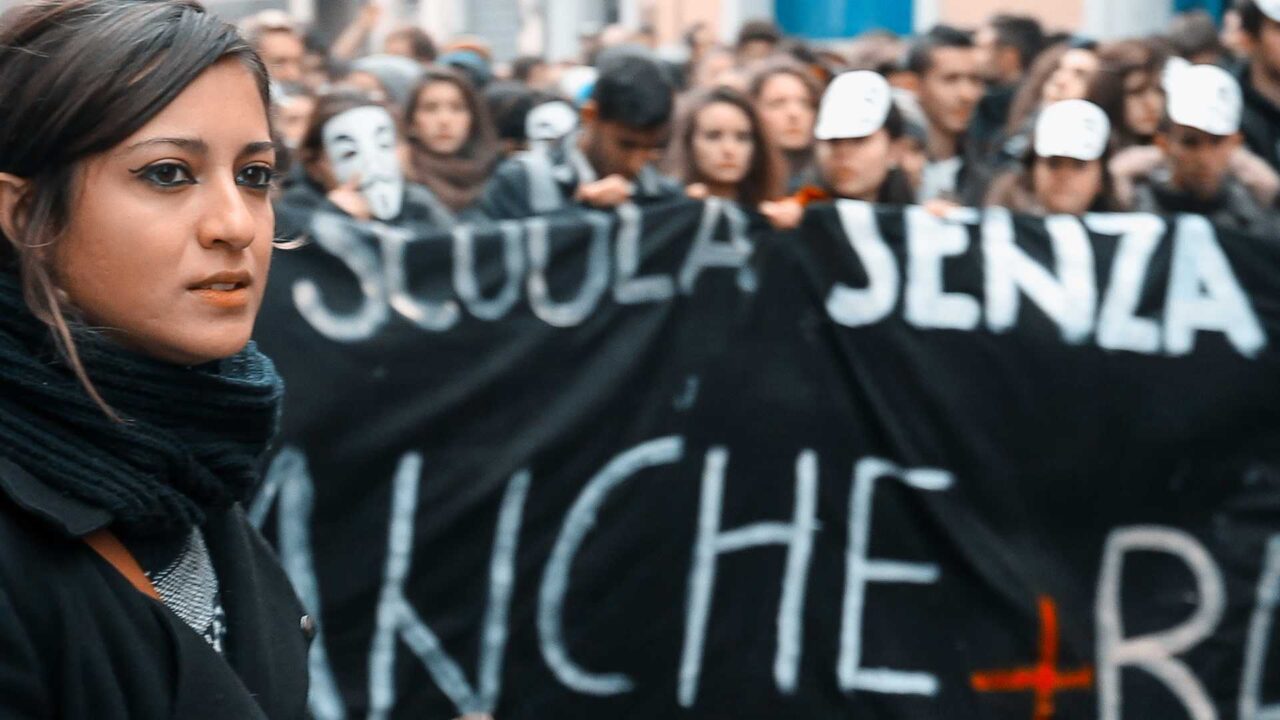 Understanding the Importance of Social Life through Into the Movement (2019)

Into the Movement (2019) invites audiences to experience Art Lab’s battles in changing the world.

Into the Movement (Lorenzo Melegari, 2019) invites its audiences to recall the social activities that took place in 2011-2018 at Art Lab, an independent social centre established in Parma in 2011. Audiences will be presented with a story about a group of students who fight for social justice, through the perspective of the student political movement.

The student movement was started by a group of Parma University students who took over an old building that had been abandoned for 20 years. They renovated the ruined rooms into spaces at which they arranged their important projects in purpose to change the world. The poor mechanism and dynamics of the university are their reasons in taking over the building.

In seven years, Art Lab has done a lot of beneficial activities. The group has succeeded in establishing an italian language school for immigrants, bike repair shop, and anti-racist football team. These activities have enlivened the relationship and enhanced the solidarity between the individuals in the society.

Other than the small activities, Art Lab also has a primary and virtuous project for the society. They want to abolish the never-ending discrimination. Through the project, Art Lab intends to balance legality and justice. However, that kind of social or political project, in which society is prioritized, commonly will not run smoothly. A lot of risk may come their way.

According to Art Lab, evildoers are leaders who sit comfortably in their power while taking advantage of society and ignoring the country’s problems. Art Lab often clashes with institutions, private companies, politicians, and police in defending society. It is indeed a difficult task yet Art Lab manages to stand for them.

The energy radiated by the students in Into the Movement (2019) may affect audiences’ emotion. They will be aware of how painful discrimination could be or how enormous the sacrifices that one shall make to fight for the society. Art Lab’s battle against injustice has made us realize that we are in the same battle.

The footages shown in the film successfully take the audiences to experience the tension of the students’ protest. They persistently fight even when the authorities try to stop them and continue to fight although they are not certain on how the result would be.

Into the Movement (2019) is one of the examples of numerous social protests in the world. It is necessary for the society to unite in order to fight for the same purpose. A fight to get rid of discrimination by believing on the ability of the society in fighting against it. A fight that eventually will change the world.