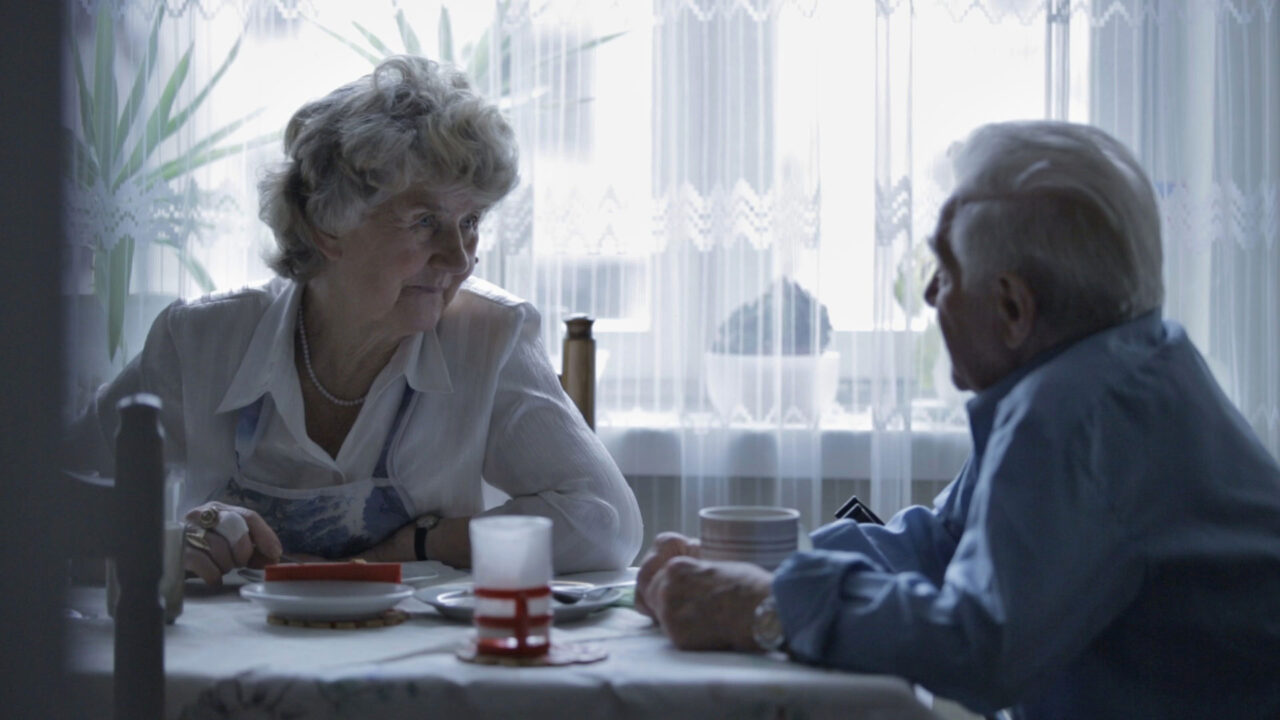 Więzi (2016) – then better known as Close Ties – is a film that shows different meaning from a close relationship. Narrated by an elderly couple, Barbara and Zdzislaw Torhan. who spend their old days with conversations about financial, household bills, and silly debates. Almost all of that comes without any compliment, but still very logical and humorous to enjoy. They are trapped in an emotional connection that is not easy to explain. Barbara is always ice cold towards Zdzislaw, who has ever left her for eight years for another woman. Zdzislaw then returned to live with Barbara after continuosly being sick. However, he always behaves as if nothing happened.

On one occasion, Zdzislaw expressed his desire to hold a celebration of their 45th wedding anniversary to Barbara. For him, the celebration is an evidence for his children and grandchildren that marriage life lived by just two people almost for the rest of their lives is indeed exist. But, once again, Barbara reacted coldly. Holding a wedding anniversary celebration in the midst of the problems they experienced before is ridiculous for her. Until finally, at the moment of the celebration, in front of all family members, Zdzislaw do something that Barbara really looks forward to. At the same time, this moment also have ths capability to melt the iceberg between them and answer the big question regarding who they really are, through the power of mutual understanding and forgiveness.

Więzi have the capability to present a romantic atmosphere without the need of cheesy dialogues. At least, that is what it feels in comparison to other more popular elder romance, such as Carl and Ellie Fredricksen in the animated film Up (2009). However, this is not merely because this is a documentary work. More than that, Zofia Kowalewska has the sensitivity to capture the reality of emotional relationship between Barbara and Zdzislaw Torhan –who are no other than her own grandfather and grandmother– into a visual that feels so warm and intimate.

In fact, a close relationship don’t just exists not without problems. And, of course, problems happen to anyone with no age consideration. This is a story about how instesd, in the end problem awards intimation through emotional moments. Her grandfather’s openness and trust made Zofia Kowalewska ventured to capture their family story in a documentary work; so that it can be enjoyed by many people. Not surprisingly, this debut film is finally made it into 17 nominations in various international film awards.

Więzi is one of the movies in the program “Polish Documentary” which will be screened on 9 December 2018 at IFI-LIP Yogyakarta at 13.00 WIB. Complete agenda could be seen on schedule.