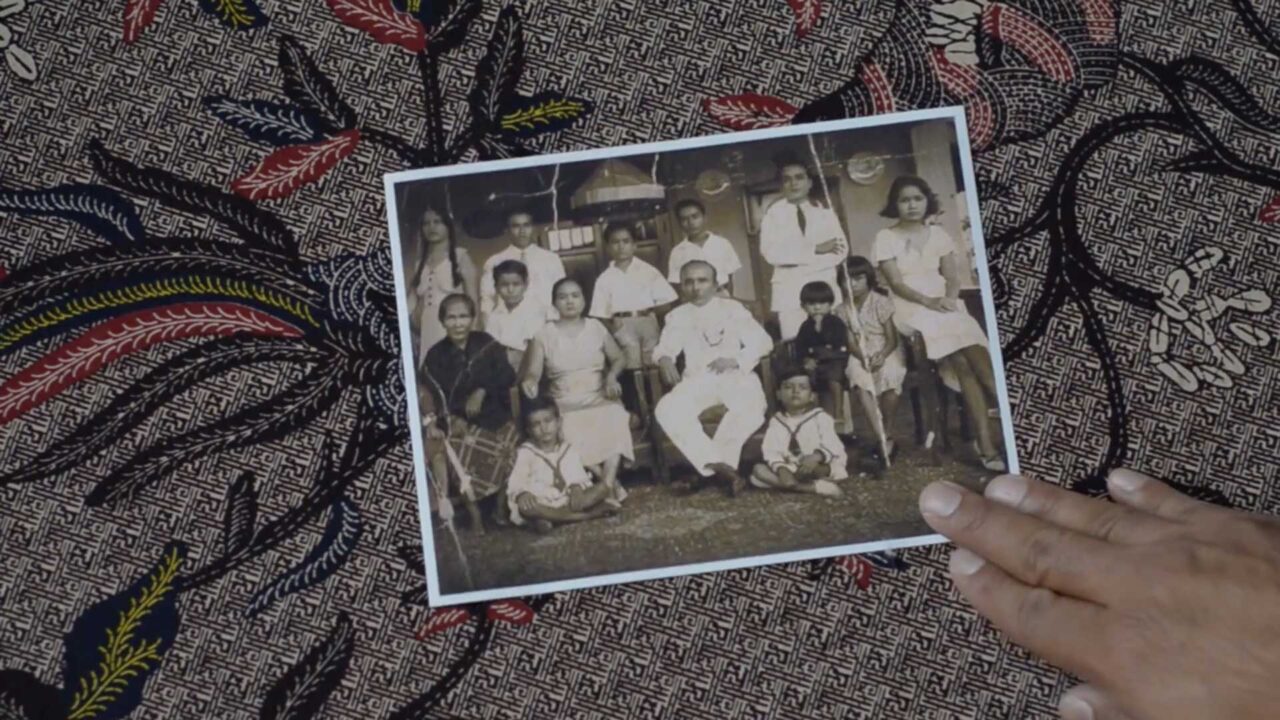 Nyai – an indigenous woman “owned” by European gentlemen–often gets a negative stigma, both from fellow native and foreigner. They are considered mistresses, bitches, have no morals, and so on. They are sold for mating. If these gentlemen are bored, she only has two destined fate: abandoned or granted to another master. Lucky if she still ended up bestowed. Because when Nyai is abandoned, no one would accept them back in the community, including their family. Such negative images are cracked  by Enang Wattimena through  Liefde (2017).

The film tells the story of Enang, who seeks the identity of a truncated figure in his family photo. The particular figure is told to be his great-grandmother. A Nyai from Aceh named Khalida. During the process, Enang involved four interviewees, namely his mother, his Aunt Grace, uncle Dennis and De Njai author named Reggie Baay.

Like playing poker, Enang takes and assembles all information from his informants to win his quest. All information told is a valuable card for Enang. If this information opens up new ways for getting to know Khalida, then I consider Enang has just got a good csrd. And vice-versa.

The game starts with five cards that Enang got from the card dealer. At that time, Enang don’t really have pretty good cards. Like when he discovers the fact that someone purposely removed Khalida’s identity, by cutting down her figure in their family picture. But along the way, Enang begins to get pretty good cards. For example, when Enang’s mom explains the name of the cut figure. In this first round, Enang get a King Spades, which could led him to victory, enlightenment for the confusion over his own family history.

Enang goes through round after round. He collated every details until Enang Wattimena found an archive whose value is equivalent to Ace Spades. 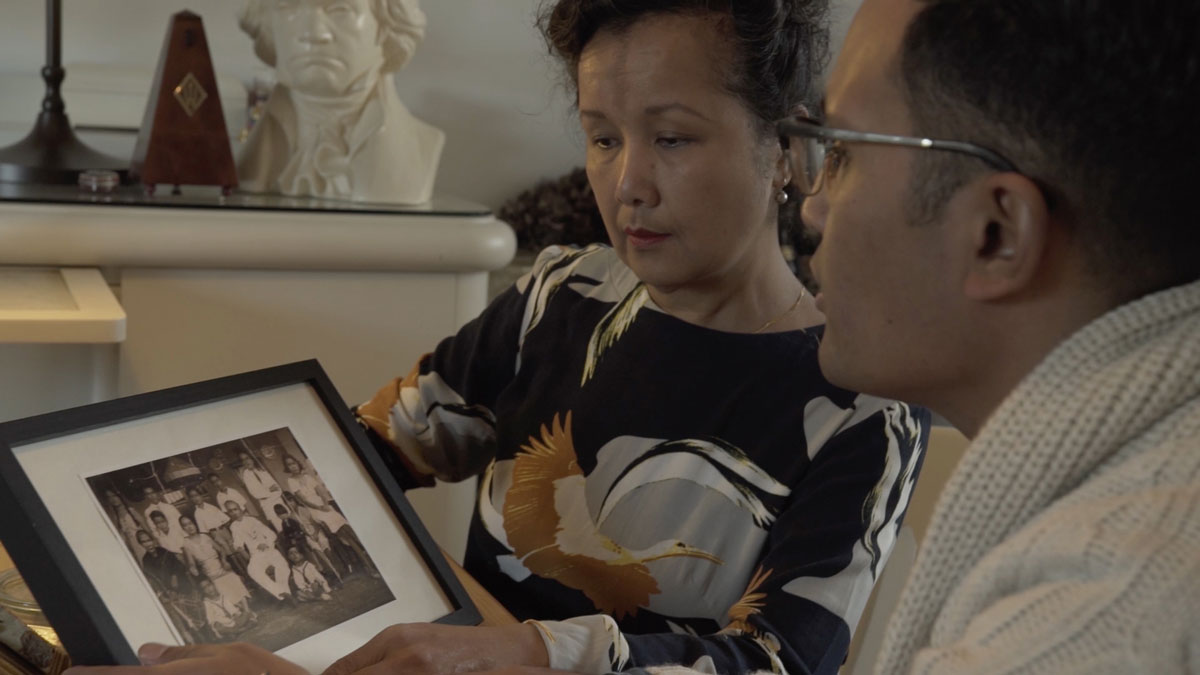 Enang wins this game, but he is also aware that the last card he got is not strong enough to guarantee that Khalida was not treated as a mistress. Because back in the days of colonialism, indigenous women could have been bought by European men to be married, but still their rights as humans were none to be found. It means that the archive does not guarantee that Khalida got the love of Enang’s great-grandfather and was treated as well as his family. The Ace Spades card has not been able to dismiss the stereotype in Khalida.

Even so, the storytelling style builds intimacy between Enang and Khalida, two figures who never really met. This is shown from Enang’s way of gathering information from the interviewees. For 13 minutes, there is no scenario that put the speaker as a single subject, who speaks to the audience directly in one direction. These informants are present as Enang’s light in the process of finding the identity of his great grandmother. Meanwhile, I became an observer whose position was close to both. And in my observation, both the informamts and Enang seemed to have known the figure of Khalida long enough. They are in the same frequency, they both miss Khalida. Even Khalida’s figure could be understood as someone familiar to them; as if they are close even though it’s actually distanced.