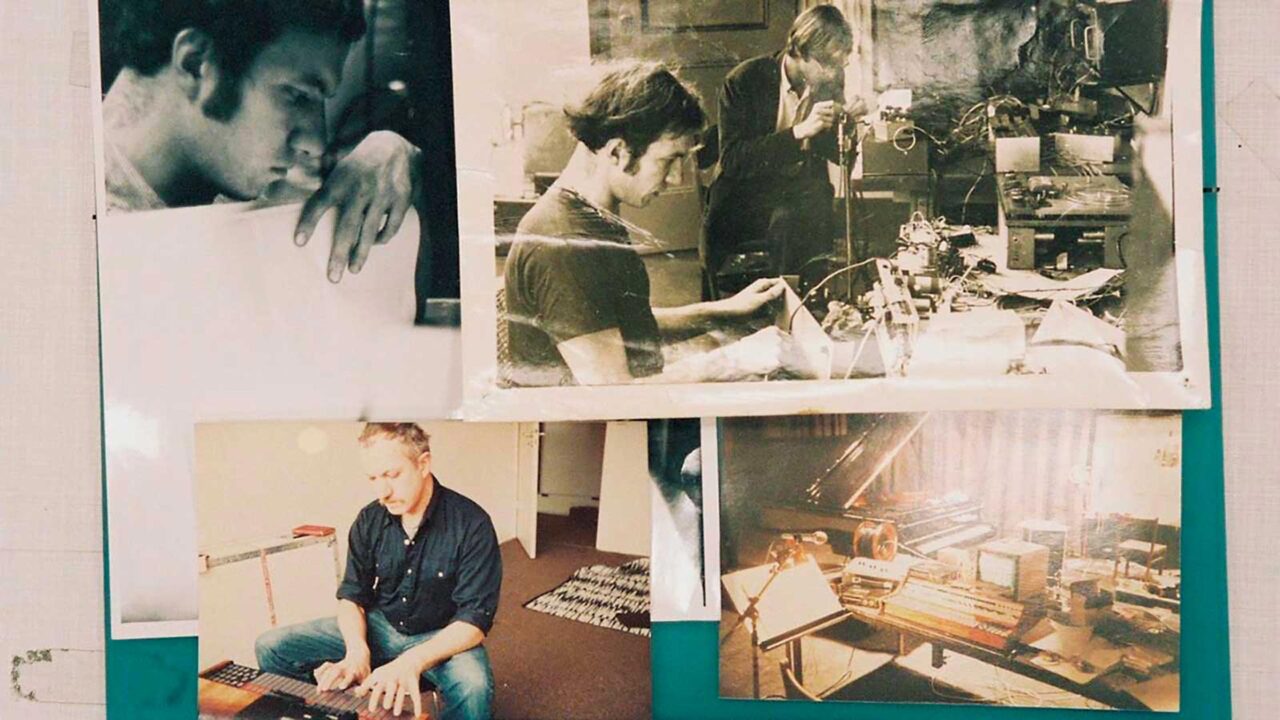 A profile movie, be it in the form of documenter or fiction, often depicts a character or a subject told as a special, flawless being. This impression is the result of the narrative style chosen by the filmmakers. It is difficult to let that personal admiration go; some even said that it’s impossible to do. However, the case doesn’t happen with Electro Pytagorus by Luke Fowler, an artist—filmmaker and musician, from Glasgow, UK. The narrative style Fowler chose has successfully portrayed the life of Martin Bartlett, who regarded himself as a special human being.

Martin Bartlett was a musician and an electronic music composer. It’s worth to mention that sounds and tones in electronic music were produced by “microcomputer”; an instrument in its initial appearance in the 70s became the root of rejection for electronic music to be classified as music. Foo Fighter’s vocalist, Dave Grohl, addressed the instrument had disturbed the intimacy between music and its audience; ruining the images of tones and sounds which have constructed in the mind and the heart.

Instead of getting bad reception, electronic music has now developed into several genre and found its audience—the reality Bartlett had wished for.

Young Bartlett, indeed had showed his addiction to music. He was born in Glasgow in 1939, then settled in Vancouver, Canada, and passed away in 1993 after he suffered from AIDS. Nevertheless, in the history of electronic music his name was rarely mentioned. But Fowler patched the flaws up through Electro-Pythagoras: A Potrait of Martin Bartlett (2017).

This Fowler’s sixth work urged the audience to delve into Martin Bartlett’s figure. The narrative style was different among other documentary movies that rely on visual as the main element in narrating the plot. Fowler opted for prioritizing audience’s auditory experience by narrating Bartlett’s diaries and letters. Every now and then, the voice-over was mixed with other sounds. Sometimes it has the same beat, other times it doesn’t. The technique executed increased the dynamic in describing Bartlett’s figure. Yet, it doesn’t mean that Fowler cast aside the visual element.

For example, in the teaser Fowler inputted synthesizer’s audio, narrator’s voice over, also visual element in the form of Bartlett’s pictures throughout the years. This elemental blend established attention that the character mentioned would be related to the music used. In between events, Fowler gave a few seconds pause as a sign that the events occurred would change. Previously, I saw Bartlett in a photo, not moving. But when I saw him from a footage, my position as an audience shifted. I, who previously saw him within a distance; an observer outside the lines, then was dragged closer and closer.

The juxtaposition between the images and the footages also the pictures and the graphics, built a particular association when focused on listening to Bartlett’s life story from the narrator. For instance, when the narrator read one of Bartlett’s archives which told his disappointment towards his performance. In this part of the movie, Fowler portrayed Bartlett’s rage via counterpoint technique: the voice-over which narrated Bartlett’s letters was being infused with an Indonesian movie dialog.

Every information told by the narrator were responded with the visual juxtaposition play—leitmotif and counterpoint—has established interpretation about Bartlett’s personal side. Bartlett seemed humane, as Fowler was free to describe how disappointment was or what the character felt. Especially, when the narrator talked as if he was Bartlett who was speaking directly to the audience about his stories; although it wasn’t his original voice.

This watching experience kept being played for 44 minutes and 58 seconds. At times, I became very close to Bartlett. And some other times I became so far away from him. Nonetheless, I’m still suspicious whether this movie didn’t depict Bartlett as a flawless human being, making Fowler’s sixth work a manifestation to reject narrative uniformity. The suspicious arose when some words spoken by the narrator juxtaposed with a particular visual element. Furthermore, the graphical element in the form of sentences in Courier New font as if framed or became Fowler’s statement towards Bartlett; a sign that Bartlett is a reformer, warrior, and flawless.

Electro-Pythagorus: A Portrait of Martin Bartlett (2017) is one of the movies in the program DocSound which will be screened at IFI-LIP Yogyakarta on 8 December 2018 at 14.00 WIB. Complete FFD 2018 agenda could be seen on schedule.