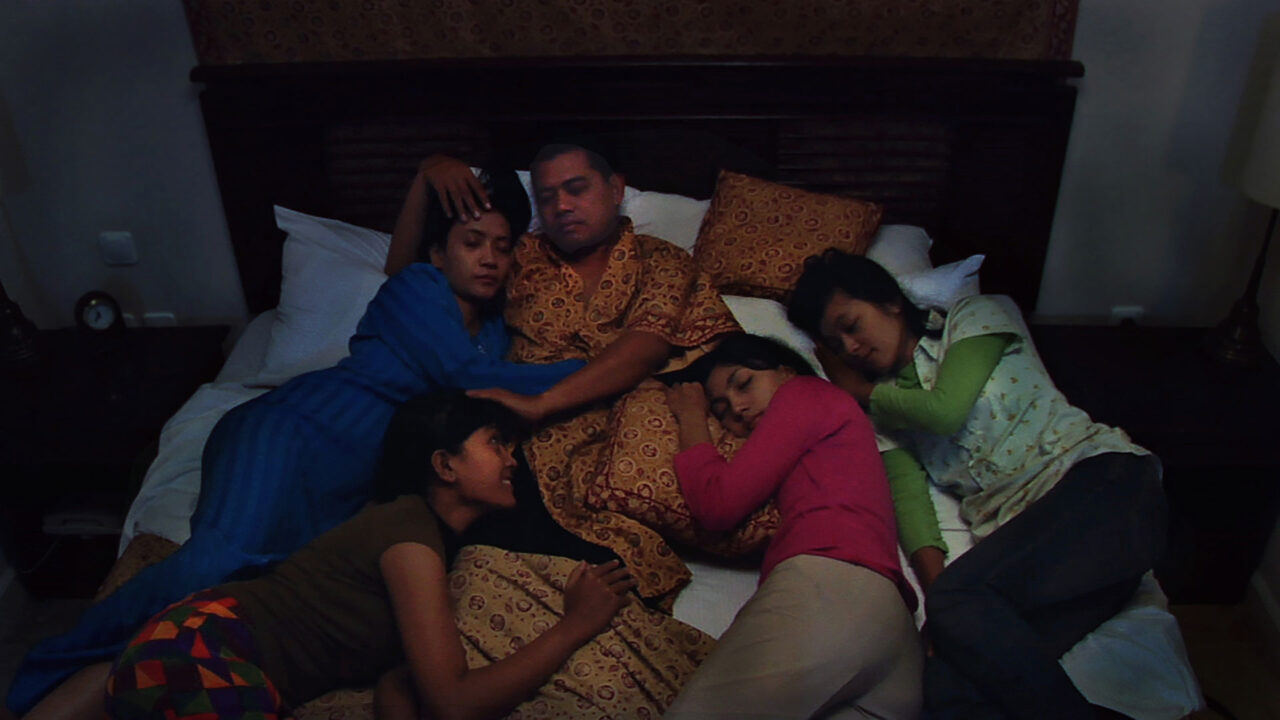 Let’s briefly ignore documentary as a “portrait of reality” while talking about Banyak Ayam Banyak Rejeki (2020) since the film doesn’t actually stick to the rule.

Riboet Akbar and Önar Önarsson’s Banyak Ayam Banyak Rejeki (2020) captures a phenomenon that normally happens in Indonesia. Akbar and Önarsson raise several issues on occultism, religion, identity, household, and “Javanese-ism” of a man in a society, especially in Yogyakarta. They highlight how a group of people receives information to construct identity. Interestingly, Akbar and Önarsson use radio as a metaphor to represent the device that people use to manipulate the truth.

The manipulation can be seen through the way people use a radio channel. A radio channel, which should belong to the public, is instead controlled by one person, namely the informant. Meanwhile, the listeners are unable to respond directly.

However, the existence of smartphones has changed the situation. An information channel is no longer controlled by one party only. Now, the informant can also be the listener and vice versa.

Akbar and Önarsson’s observations did not stop there. They both find out that the changes of function and form of the media did not alter the attitude of its users in receiving and processing information. The listeners are still reactive like yeast. They easily believe without verifying the information. Meanwhile, the informant is being manipulative. Akbar and Önarsson emphasize their statement that the value of truth is based on trust. This part is greatly influenced by the majority opinion.

Again; let’s briefly ignore the rule of documentary, especially its dichotomy with fiction.

This film does not present the truth in the form of audiovisual. In other words, the truth in the film comes through the collective memory felt and experienced by most of the group of society. Those experiences were then manifested by Akbar and Önarsson in several staged situations.

Their concept and statement have shown since the opening scene of the film when a woman with niqab who heroically rides a vespa is being gossiped by people. This concept was then strengthened by the appearance of a portable radio and a painting of Nyi Roro Kidul side by side in one frame during the first scene.

For me who lives in Yogyakarta, I always find the relation between the legend of Nyi Roro Kidul and the story of the king’s power. These stories are manifested in various things, one of which is the interpretation of the imaginary line between Mount Merapi, Kraton Yogyakarta, and the Southern Sea. This story shows the interest of the ruler and the majority voices in developing the truth, precisely a plausible truth, instead of establishing the identity of the location.

The opening scene of Banyak Ayam Banyak Rejeki (2020) unconsciously leads us to be more thorough when it comes to a narration about the Javanese women. Riboet Akbar and Önar Önarsson deliver it through the point of view of the male character who is ambitious in expanding his fried chicken business through many ways. He is set as the central character who massively influences the narration of the women.

In the end, the entire film shows how the truth can only be established, with all the means, by the ruler. Hence, the narration could be accepted and reconstructed in a more valuable way. Lastly, this film is questioning the truth, especially in documentary, ‘To what extent can things be considered true and real if all of them were reconstructed out of majority voices?’

Riboet Akbar and Önar Önarsson’s Banyak Ayak Banyak Rejeki (2020) is a part of the Lanskap program. Watch the film for free here.