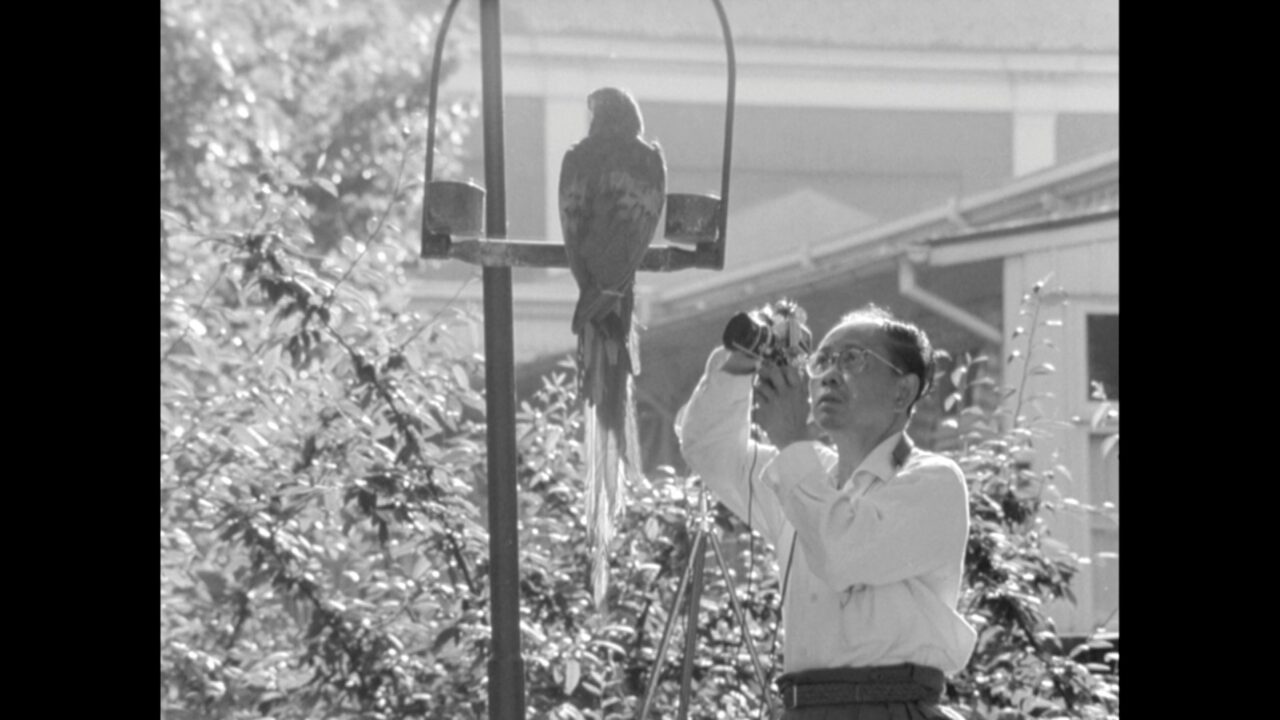 A Witty Association between Man and Animals in The Zoo (1962)

Bert Haanstra never fails to arouse the audience’s imagination through his poetic documentary. He picks and weaves seemingly unrelated moments into a cohesive piece, surrendering the interpretation to the beholders. The film flows without an argument in sight.

That’s The Zoo for you (Bert Haanstra, 1962). Taking place at a zoo in Amsterdam, this film seeks to portray the various expressions of humans and animals—which turns out— have a lot in common. This flip in perspective results in a witty aftereffect. We’re not the only who does the observing. In fact, we look just as hilarious as the animals.

The images in this film are in no ways related to one and another.  But, through an epic exploration, this film is able to piece together a complete and compelling story. We’re plunged into the story, leaving our thoughts behind, while occasionally smiling at the resemblance of absurd moments between that of humans and animals. Various associations might flicker into the minds of the audience, accompanied by Pim Jacob’s rhythmic score, with each beat hitting nicely between the movement of both humans and animals.

The Zoo was filmed with hidden cameras covering multiple perspectives. Haanstra developed this type of microfilm during his time as a photographer in the second World War. His ability to capture detailed imagery is top-notch. Even though the footage was randomly chosen, it was the exact reason that immersed the audiences as if they were watching the animals with their own eyes. For instance, the camera hovers overhead (bird’s-eye view) when covering the giraffe. When studying the lady in a stripes, the camera cuts to a zebra’s rear with matching stripes. A humorous and witty feat.

We’re brimming with the childlike curiosity of an inquisitive boy, snooping around the bush for a glimpse of the bizarre activities in the zoo. Showing contrast wasn’t always the focus. The whole story was compiled into an eleven-minute piece, but watching the movie felt like spending the entire day at the zoo. As both humans and animals carry their young, chew their food, gasp in shock, frown in annoyance, and stare at an empty void in space. The film simultaneously portrays two different points of view: Humans and Animals with their eyes locked on to each other. Both looked equally silly.

The Zoo (Bert Haanstra, 1962) is but a few of Bert Hanstraa’s oeuvre available for viewing in Festival Film Dokumenter (FFD) 2020. As with most of his works, this film is  included in the Retrospektif category, and imprints a subjective impression into our minds. The film shows no intention to address a particular concern. Perhaps it is prodding us to ask  what would happen if humans and animals lived together as friends. But the reverie was then broken when the film ends with an image of a horrified monkey.