Presenting the 2021 Documentary Film Festival is not only organizing and celebrating documentaries. More than that, it is an attempt to trace the episodic memory of 20 years of this festival’s journey in influencing the documentary ecosystem.

Twenty years is absolutely a new record for a festival built by people who take turns and also involve our society. Empowerment and Persistence, or translated as keberdayaan and kegigihan are words that may represent the journey of FFD. Empowerment in the form of survival of this festival since it was first held – some of the people involved from the beginning will have a story – amid uncertainty that seemed like it had never happened before; and persistence in defending its vision, mission, and perspective on documentary medium.

In this decade, we are trying to broaden the horizons of this medium, review and redefine our relationship with the audience, and the impact of its relationship on Yogyakarta and Indonesia. What is the importance of documentary, for the audience and for FFD itself? Looking back at the archives, questioning what we’ve done and what haven’t.

For almost two years we have been in a state of unending pandemic sway. Many of us continue to struggle against fear and injustice to humanity. However, this situation also takes us far from what was previously imagined that the documentary medium has expanded its reach. The accessibility and consumption of it are so impressive. In that area, FFD seeks to assert its position by continuing to hold its perspective on the narrative recorded in issues, subjects, geography, to the film itself. We seek to distance ourselves from the way we see the marginalized through a global lens to seek the unheard voices of those we have never known before, and to explore the creativity of today’s documentary medium.

As long as this festival is alive, we will continue to carry out its vision of making an impact on the quality and quantity of Indonesian documentaries; influence and strengthen the position of documentaries in our social, economic, and cultural spheres; record the influential new work and ideas of this generation; and presenting works that have the opportunity to intervene in society and the medium itself.

This year’s various programs at least keep the works and creators connected with the audience to bring back the enthusiasm, curiosity, and open critical conversation in our efforts to find a foothold in the face of change in our educational showcase.

Enjoy FFD 2021, long live us and the documentary! 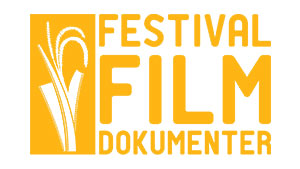 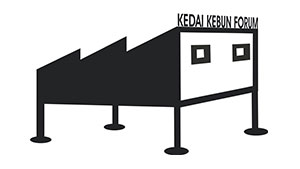