Curatorial Notes
For 19 years, the Competition program has always been one of the main programs of Festival Film Dokumenter. Competition aims to exhibit films that capture actual issues around us and provide critical perspectives. The issues presented…

For 19 years, the Competition program has always been one of the main programs of Festival Film Dokumenter. Competition aims to exhibit films that capture actual issues around us and provide critical perspectives. The issues presented critically are certainly not independent of the forms and styles of creative documentary storytelling.

309 films were received during the period of submission from May to August. We sincerely appreciate this enthusiasm, and as it has been our annual tradition, we will announce the winner of each of the categories at the Awarding Night and Closing Ceremony of Festival Film Dokumenter 2020.

Watch Q&A session now
2019 —
15 min —
15 min
Muhammad Fitra Rizkika, Rahma Wardani
Asma, a housewife living in Desa Lampanah, works as a farmer. Her life turned upside down when her land, house, and crop field was seized over the construction of Aceh-Sigli…
2020 —
20 min —
20 min
Nanda Taufik Hidayat
After having a taste of filmmaking experience in high school and receiving positive responses and awards, what are these young filmmakers up to after finishing school? Are they still making… 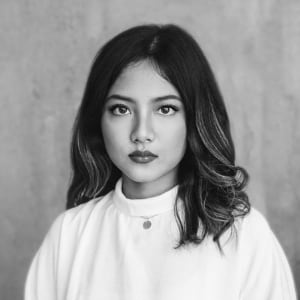 Ersya Ruswandono
Since 2015, Ersya has been actively involved as a director, cinematographer, producer, and actress. Many of her works, such as Prenjak (2016), The Floating Chopin (2016), Gilingan (2016), and Waung (2018), have been submitted to festivals in and outside of Indonesia. After graduating from Institut Kesenian Jakarta, Ersya is currently pursuing a master’s degree in Anthropology at Universitas Gadjah Mada. 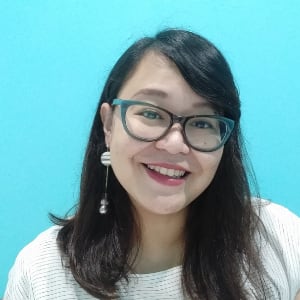 Gayatri Nadya
Gayatri Nadya, or Nana for short, is a film distributor at KOLEKTIF, a distribution and screening initiative collaborating with multiple film communities in Indonesia. She also has worked as a member of jury and curatorial team of short film competitions such as Festival Sinema Prancis and Bandung Shorts. Nana has been the Motion Picture Ambassador for Luang Prabang International Film Festival since 2017. She recently finished a Fellowship Program at SEAD 2019-2020 and is now producing Sinema Paradisco, a podcast about films. 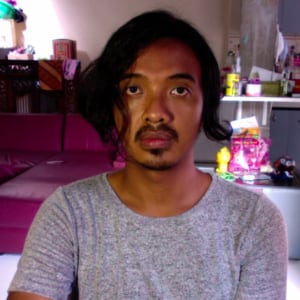 Tunggul Banjaransari
Tunggul is a tenured teaching staff of Film and Television Study Program at Universitas Dian Nuswantoro. Film has given him the comfort and financial security of the middle-class. However, Tunggul decided to work as a catfish breeder and vegetable farmer, since those professions provide him the grassroot identity he doesn’t want to lose.

Watch Q&A session now
2019 —
39 min —
39 min
Vena Besta Klaudina, Takziyatun Nufus
Vena, a Catholic, lives in the Muslim-majority region Aceh. Vena wears veil in her daily life and befriends many Muslim friends. Nevertheless, how can she be herself and adapt as…
2020 —
10 min —
10 min
Muhammad Andriandino Nugraha
Since March 2020, Indonesia was hit by the pandemic COVID-19, forcing Indonesians to self-quarantine at home. However, the pandemic didn’t stop them from doing activities at home just as much… 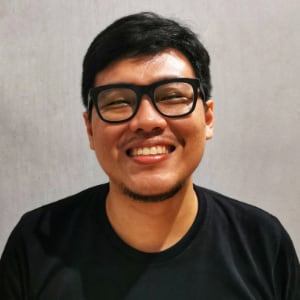 Alexander Matius
Alexander Matius is a film programmer/curator based in Jakarta. Currently, he is programming film for Kinosaurus – a microcinema in Kemang, Jakarta while running his small local hardware store in Jakarta. Previously, he was the Manager of kineforum, the first alternative film screening space in Jakarta (2014-2016), besides that, his crafts and experience can be seen at various film screenings, such as RRREC Fest in the Valley Synchronize Fest. 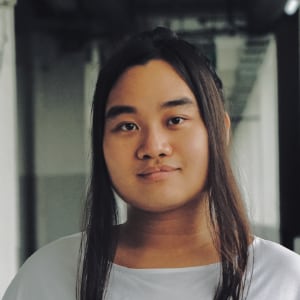 Alfonse Chiu
Alfonse Chiu is a writer, artist, and researcher working at the intersection of text, space, and the moving image. He is currently the Editor-at-Large and Creative Lead of SINdie, an editorial platform exploring Southeast Asian film culture(s). In 2020, he founded the Centre for Urban Mythologies, a research collective and platform interested in Southeast Asian urbanism, architecture, and eco-criticism. 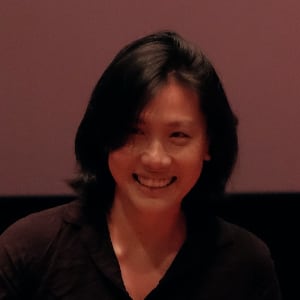 Tan Chui Mui
At age of 5, Tan Chui Mui made a small wooden stool. At 8 she drove a pickup truck onto a column. At 9 she printed a children magazine. At 12 she finished reading an Encyclopedia. At 17 she has a column in a student weekly paper. At 21 she got a computer animation degree. At 27 she made her first film Love Conquers All. At 38 she gave birth to a child. At 41 she decided to learn Martial art.

Watch Q&A session now
2020 —
91 min —
91 min
Ismail Fahmi Lubis
Every year, hundreds of women like Sukma, Meri, Muji and Tari are recruited by local agents who are remunerated after successfully seeing their recruits enrolled in local training centers. They…
2020 —
77 min —
77 min
Chonie Prysilia, Hizkia Subiyantoro
Stories of five women of different generations and backgrounds, on their childless or childfree marriage, while living on one of the world’s most populous islands; Java, Indonesia. In the community…
2020 —
70 min —
70 min
Khusnul Khitam
A villager of Desa Jepitu named Rubiyanto conducted a water extraction project from Gua Pulejajar with a group of volunteers. Echa, a student of cultural anthropology involved herself in the… 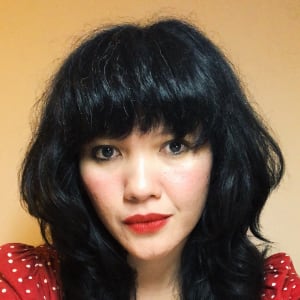 Intan Paramaditha
Intan Paramaditha is a fiction writer and academician. She earned her PhD from New York University and is now working as a lecturer of Media and Film Studies in Macquarie University, Sydney, with media, feminism, and cultural activism as her focus of research. Her translated works include Apple and Knife and The Wandering, the latter of which won PEN Translates Award and PEN/Heim Translation Fund Grant and were published by Harvill Secker/Penguin Random House UK. She won Kompas’s Best Short Story Award in 2013 and named one of Tempo’s Arts Figures in 2017. 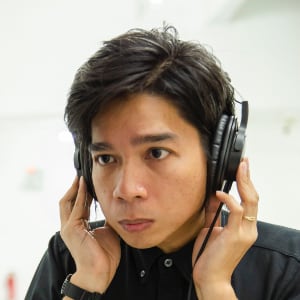 John Torres
John is a filmmaker, musician and writer. His work fictionalizes and reworks personal and found documentations of love, family relations, and memory in relation to current events, hearsays, myth, and folklore. He co-runs Los Otros, a Manila-based space, film lab, and platform committed to the intersections of film and art, with a focus on process over product. A special focus of his works has been shown at the Viennale, Seoul, Cosquín, and Bangkok. 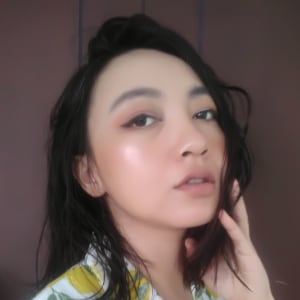 Umi Lestari
Umi Lestari is a writer, researcher, and teacher. She was involved as a festival selector for Arkipel: International Documentary and Experimental Film Festival (2015-2016), editor-in-chief at visualjalanan.org and mediasastra.net. Umi’s articles on Indonesian film criticism are available on her blog umilestari.com, Nang Magazine (online), and Jurnal Footage. At the moment, Umi works as a teaching staff of the Film Study Program at Universitas Multimedia Nusantara.

Watch Q&A session 1 now
Watch Q&A session 2 now
2019 —
86 min —
86 min
Areum Parkkang
Parkkang Areum’s adventure into married life leads to the discovery of her intrinsic desire to have a normal family. Even when she’s far away from Korea, she’s chased by its…
2019 —
85 min —
85 min
Alyx Ayn Arumpac
In the Philippines, in two years, over 20,000 men, women and children were killed in Duterte’s war against small street drug dealers and users, while the drug moguls are left…
2020 —
63 min —
63 min
Mike Hoolboom
Radical feminist, street fighter, practical dreamer. This lyrical doc, shot in super 8 mm, recounts Judy Rebick’s pivotal role in securing women’s rights over their own bodies in Canada. She…
2019 —
70 min —
70 min
Ezequiel Yanco
A puma stalks Pueblo Nación Ranquel, an indigenous community in the North of Argentina. Hunting is a rite of passage, and the older boys want to kill the puma. But…
2020 —
77 min —
77 min
Elena Goatelli, Angel Esteban
A group of actors in Madrid are cast in a theatre show conceived as a dance marathon and as an unscripted competition. Every night, they fight a surreal game on…
2019 —
79 min —
79 min
Peng Zuqiang
A portrait that follows Nan, my uncle and the last two years he and his parents live together. In long, tightly framed shots, a picture emerges of three intimately interwoven…
2020 —
119 min —
119 min
Luisa Homem
Suzane Daveau traces the outline of an adventurous woman who traverses the 20th century, right up to the modern day, guided by her passion for investigative geography. The film circles…
2019 —
40 min —
40 min
Isabel Pagliai
On a hot summer day at the edge of the pond, Mia, 11, ask Hugo, 15 years old and already back from everything, to tell him his love story with…
2019 —
52 min —
52 min
Maciej Cuske
Chukotka, located on the edge of Siberia, a severe land where the winter lasts for ten months and the strongest may survive. For centuries, the Chukchi people, one of the…
2020 —
84 min —
84 min
Daniel Kötter
China and Africa act as driving forces for the economic, political and cultural future of globalization leaving behind a “Provincialized Europe”. Yu Gong is a documentary and essay film that… 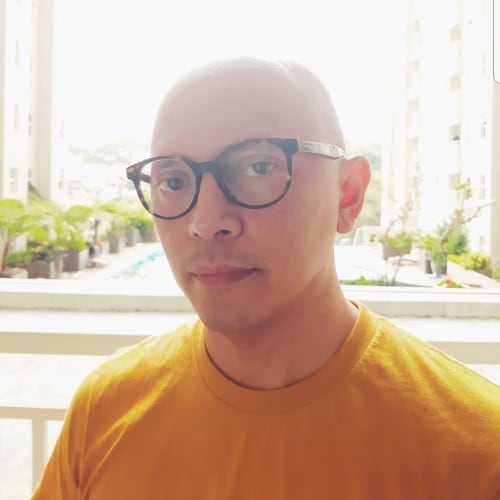 Eric Sasono
Eric Sasono earned his doctoral degree from the King’s College London. He is a co-founder of Indonesian Film Society, London, who organizes Indonesian movie screenings regularly in London. He has worked as an executive board secretary at the Indonesian Documentary Film Centre, InDocs (2009-2019) and at JIFFest (2009-2011). He also became one of the International Honorary Advisors of Asian Film Awards, Hong Kong (2010-2014). At the moment, Eric is writing a book on Islamic-themed films in Indonesia during 1960-2018. 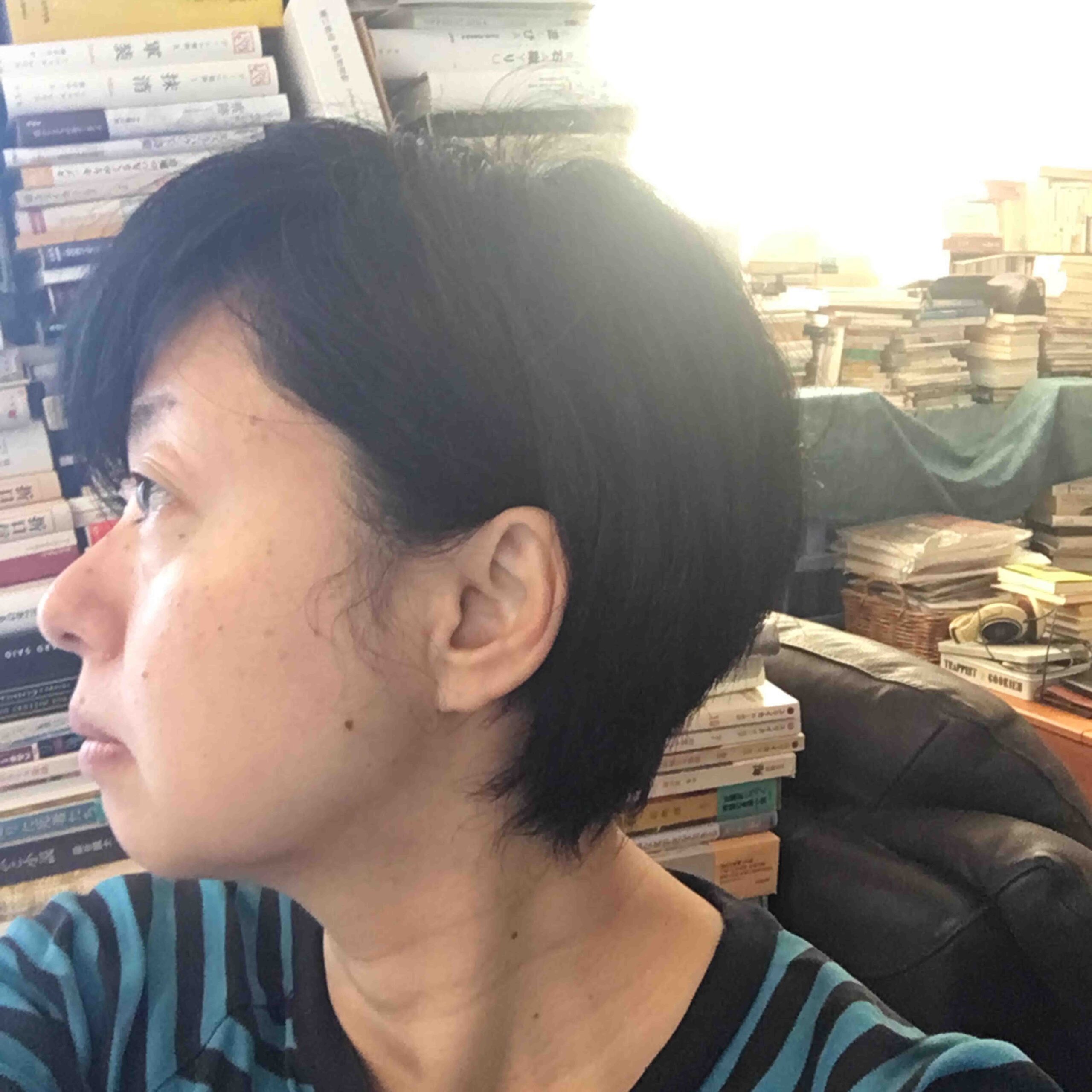 Hatsuyo Kato
Programmer and a selection committee member of International Competition of YIDFF.  Majored in medieval English poetry in the university and studied filmmaking and criticism in the film school. Recent works as a programmer are Politics and Film: Palestine and Lebanon 70s-80s for YIDFF2017, Reality and Realism: Iran 60s-80s for YIDFF2019. 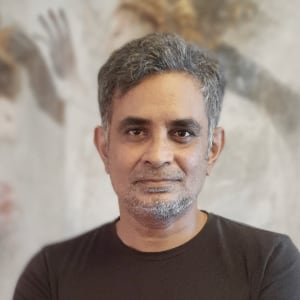 Sandeep Ray
Sandeep Ray is a writer, filmmaker and historian. His films have screened at several festivals including in Busan (BIFF), Taiwan (TIDF), Sydney, Paris (Jean Rouch), Tehran (IIFF), Copenhagen (DOX), and have curated at the Flaherty Seminar, the Films Division of India, and the Whitney and Getty Museums. His forthcoming book Celluloid Colony is about Dutch propagandistic film in Indonesia (1912-30). He is currently Senior Lecturer at SUTD in Singapore and heads the Non-Fiction FilmLab.